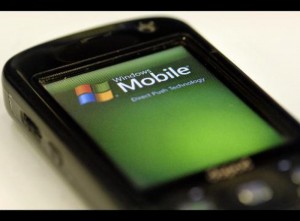 The titanic software company expects new phones by Samsung, LG and HTC will give a new twist to mobile communications.

The mobile device prototype has already been revealed, it has a touch screen, e-mail access, music and other applications; its design is similar to an iPhone and will be available for AT&T users.

Experts believe this is Microsoft’s last shot at getting a slice of the Smartphone market pizza that competitor brands have been having over the past two years.

According to the investigation company Gartner, Microsoft has only 5% in the Smartphone global share of market, it had 9% a year ago. Google’s Android has already reached 17%, two years ago it only represented 2% in the market.

Ultimate generation phone industry is expanding massively, Gartner estimates 270 million Smartphones will be sold around the world this year, this means the market has increased 56% more than last year. Computers increased 19% in sales this year (368 million devices).

Microsoft is trying to establish a balance between telephony and mobile computing. The price of their shares in stock market has decreased 20% during this year.

The software company introduced a teenage-targeted cell phone this year, named Kin, but it was retired from the shelves within 3 months after its release. Microsoft hasn’t given any kind of hint about the creation of a Windows tablet pc to battle with Apple iPad, which has had a great success in sales.

Microsoft’s new line has to work hard in order to compete with rivals. Research in Motion introduced in August the BlackBerry Torch, which has a touch screen and a folding QWERTY keyboard and costs $200.

Apple iPhone 4 arrived to the stores in June; it costs between 200 and 300 dollars.

A significant amount customers have become fans of Android phones with similar prices.

According to Gartner, Symbian is the leader at the moment, it reached 41% during the second trimester of the current year, SIM is next in line with 18%, Android with 17%, Apple with 14% and Microsoft with 5%.

Gartner added Smartphone sales will be tripled on 2014 (875 million devices), Nokia and Android will lead the market, representing for 30% each, Apple will have 15%, RIM 12% while Microsoft will only have 4% of the market.