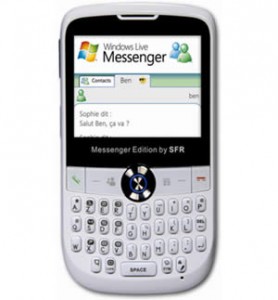 The mobile operating software from Microsoft “Windows Phone 7” has sold 1.5 million units since its launch, six weeks ago.

Analysts believe that this is the last chance for Microsoft to establish a greater presence in the market that it is already taken by Apple and Google.

According to the Microsoft Vice President of Business and Marketing the sold cipher is acceptable for the mobile market that is very competitive.

The sale of 1.5 million is not the quantity sold to consumers, is the amount that dealers have purchased.

HTC from Taiwan, Dell, Samsung and LG are some of the manufacturers that have launched or plan to start selling the devices with Phone 7.

Analysts forecast sales of approximately 25 million of Phone 7 in 2011, and they expect Apple to sell more than 60 million of iPhone next year.

“We all know that competition is extreme in this industry, so we compete on multiple fronts,” Berg said in an interview.

Gillis said that Microsoft is spending 500 million dollars in the market of the smart phone Windows 7.

December 31 Will Be Holiday