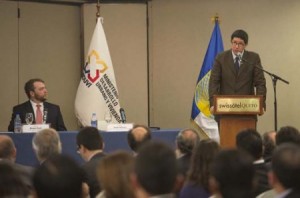 Diego Aulestia, head of the Ministry of Urban Development and Housing (Miduvi for its Spanish acronym) said that the government plans to focus the building policy in social housing. In the coming days the implementation of these programs in the south of Guayaquil and northern Quito in its first stage will be announced.

Aulestia noted that between 120 and 140 million dollars have been invested in 2012 and 2013, in housing projects, which represents about 30,000 housing bonds delivered.

The Minister added that during 7 years of Government  $1,000 million have been invested; however, he acknowledged that the housing deficit in Ecuador is of 1’100 .000.

Aulestia explained that they are working on a new mechanism for the delivery of an Improvement Bond to more citizens.

Cooperation with Qatar will be discussed in the Assembly