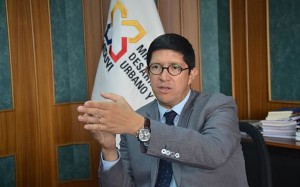 The Ministry of Urban And Housing Development (Miduvi for its Spanish acronym) noted that they will take as reference certain Latin American countries for the development of the project on capital gains tax, which would form part of the draft Law on Land Use.

A ministry statement said that an “input in the decision-making within the discussion of the project” will be the experience of several nations in the region that apply such policies to regain the added value of properties.

Assemblyman Octavio Villacreses (AP) said that the Autonomous Governments Commission will take the cases of Colombia and Uruguay to define the percentage of the tax, which is currently a 10%.

The Housing Minister Diego Aulestia, also said that Bogota was “a great example because it collects high amounts that are reinvested in the same city”.