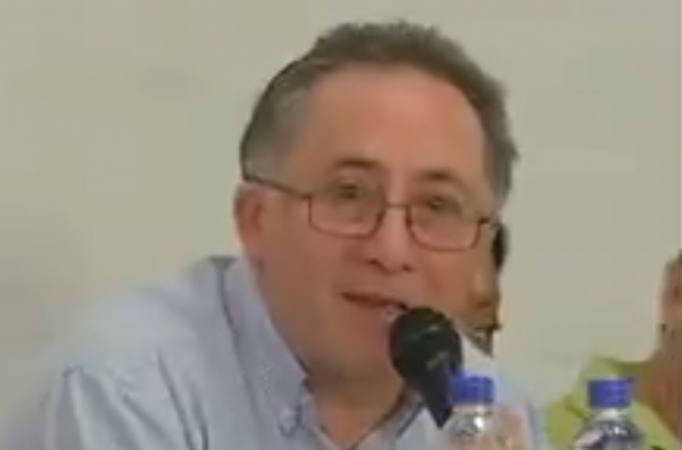 Secretary of Policy Management, Miguel Carvajal, acknowledged in a meeting at the Congress of ethics Alianza PAIS that Ecuador is experiencing an inherited economic crisis the government of Rafael Correa, saying there is no money in the treasury and the Ecuadorian Institute of Social Security is bankrupt.

The official, according to Teleamazonas, indicates that the Ecuadorian State has “enormous difficulties to go out monthly with the payments that have to be made”. “There is no money,” he stressed. He added that the fiscal vacuum is close to 5 million dollars.

Carvajal indicated that the total debt would be in the 67 million dollars, but that no more debt can be issued because the Assembly must define the percentage to be able to do it. “The Assembly defines how it will issue debt and what percentage we are, if we are 36% or 67%, if we are at 36% we can continue to borrow, but we are at 67% we can not do it,” he said.

At the meeting he said that he hopes that economic measures will not be adopted to solve the lack of money in the fiscal box. “I hope it does not mean higher taxes, elimination of subsidies,” he said.

He also referred to the situation of the IESS and criticized that this situation was the wise of the previous officers of economic management and social security, but there was nothing. “It was because they knew that the country was broken, knew the situation IESS was unsustainable, the IESS is broken, so the debt was not recognized, so all the money IESS was taken, the fund of pensions is extremely serious ” , He said.

And he said that if he could supervise in the previous Assembly -directed then by Gabriela Rivadeneira- these cases could have been avoided. The official acknowledged that he did not audit -in his time as legislator for AP- because they were considered traitors. (I)