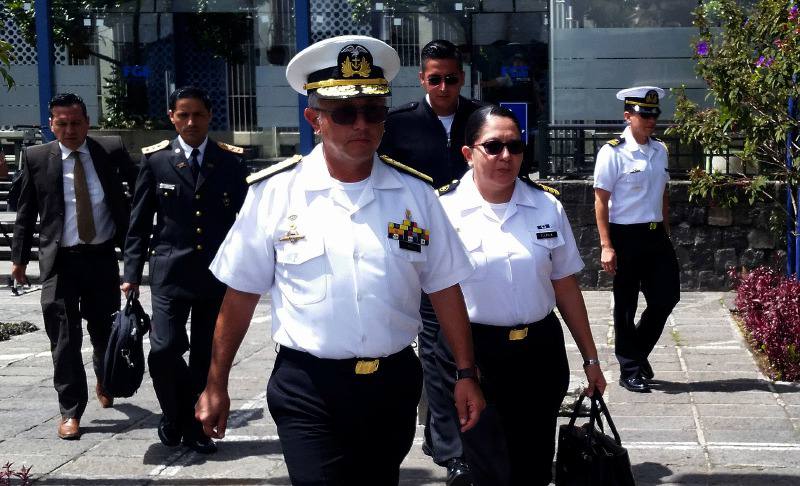 A military patrol that was traveling on the border with Colombia is missing. The news was known this Thursday morning and in the afternoon it was confirmed by the Army’s general commander, Roque Mendoza, who ruled out that initially it was a kidnapping but would have lost communication in the wild part of the area.

This development increases the security crisis in the northern border, where so far there are seven deaths, four military and three civilians (members of the journalism team of El Comercio, kidnapped and killed later); two kidnapped citizens, a missing military officer and a series of bombings all attributed to a narco-violent group led by alias Guacho and operating in southwestern Colombia.

On the disappearance of the patrol, a bulletin and internal parts of the Army indicate that 15 soldiers, 3 officers and 12 soldiers, from the Soldado Santander detachment, based in the parish of Maldonado, in Carchi, had left on Wednesday to carry out a reconnaissance of landmarks in the border with Nariño, Colombia. But in the middle of the night, the military leaders had reported that the soldiers did not return.

At 20:30 on Wednesday, another military patrol came out in search of their comrades, but returned to the detachment at 02:30 this Thursday without results of the patrol that went to the recognition of the border.

The search efforts were resumed at 05:00 yesterday and until 18:00 the military was not located. The information from the Armed Forces indicates that bad weather conditions (rain and fog) would have caused the patrol to have to spend the night somewhere on the border.

To this it is added that the communication in that border sector is almost null and for that reason it would not have been reported. Yesterday it was difficult the access of aircraft to facilitate the search, because the weather conditions did not allow it. The disappearance zone is between the Negro and Arenal hills.

Last Saturday, in a detachment of the same area, in Tobar Donoso, the disappearance of another soldier was recorded. One is Wilson Illaquiche, pertaining to the Special Forces of Quevedo and displaced to that zone like part of a group of reinforcement.

The sergeant would have left the detachment along with three companions to have fun in the town of Tobar Donoso. And since then his whereabouts are unknown.

Gloria Gavilánez, the military’s mother, arrived in Esmeraldas on Monday from Valencia, Los Ríos, where she lives, to learn about official data in the Motorized Infantry Battalion.

In front of the area considered critical in Colombia, due to the presence of illegal armed groups dedicated to drug trafficking, there are army detachments in Tobar Donoso, Maldonado and Chical, in Carchi, and the Marine Infantry Battalion in San Lorenzo, Esmeraldas. (I)