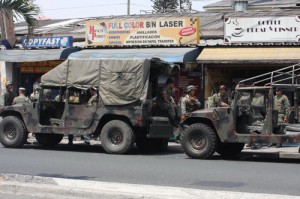 Fernando Cordero, president of the National Assembly of Ecuador announced in a videoconference this Monday afternoon (local time) from Geneva, that the reform on the Higher Education Act, which involves the Universities of the country, were approved after the deadline was reached today. “This is an Act that takes the country in the right direction”, said Cordero. He pointed out that the Act makes teaching more democratic and promotes the election of Deans in the Universities faculties. The President of the Assembly denied that the “university autonomy” is being affected, and he added that the National Higher Education Board is “chosen by Universities, democratically, without interference of the President”. However, Cordero added that for the sake of the country, Article 175 of the Act should be ammended, since the President of the Republic can’t choose the scholars who will be controlling the Universities. He also added that, in another article, where it’s said that the Deans can be assigned and reelected, it should be specified that the ones who have been assigned, cannot be reelected. Because of reaching the deadline, the approval of the  Education Act has been made without due process of debate. Once the Act is published on the Official Register, it will be official.

On Monday morning, nearly 40 students took over the State University of Guayaquil. The main doors of the institution were closed since 09h30. In order to control the protest to be only inside the University, several military were present on the streets near the main doors. According to El Universo, the military might have to stay there for some days to prevent them from closing the streets, after the incidents last week where policemen protested. The State University of Guayaquil has more than 70,000 students, and they’ve been organized since last week in order to protest against the Act, and, despite of the fact that the country is in State of Exception, they will continue with the manifestations.

Several Universities, as well as students, workers and teachers have protested against the Act because it allegedly gives the government more power over them, and therefore it breaks the “university autonomy”. The demonstrators, on the other hand, stated they didn’t close the Delta Avenue only because the country is in State of Exception. Édgar Samaniego, President of the Ecuadorian Central University, says at the moment, they only have to follow the new Act, while they’re setting up an Amendment Proposal. Samaniego added teachers can’t be forced to obtain a PHD in 7 years, and that the percentage of participation of the government should be discussed as well.

Aminta Buenaño, Assembly of the Government Political Party, ALIANZA PAIS, and Vicepresident of the Permanent Education Commission, affirmed that they’re open to dialogue with the Universities of the country, in order to clarify any doubts or concerns there might be. “We don’t know when, but we intend to invite the community of Universities to a profound dialogue to build the Regulations together. You know that the Act has the general aspects and that the Regulations make the Act operative” she added.