Political parties and movements have paid increasing attention to “young” voters. And in these sectionals, for the first time, millennials and centennials have the possibility of radically influencing the election of local authorities. 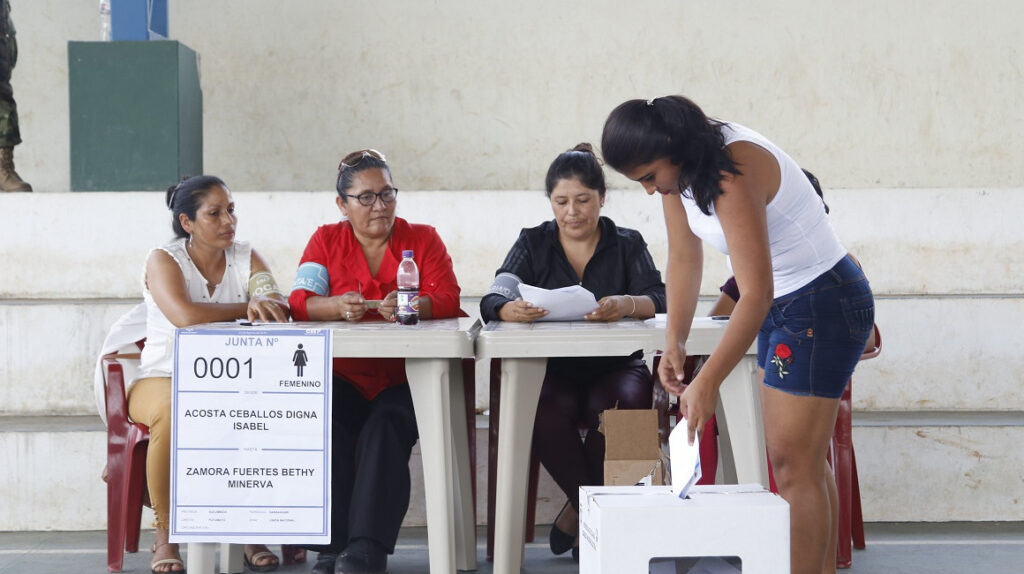 Referential image of a young woman voting in the electoral process on March 24, 2019.

In the next sectional elections, citizens between the ages of 23 and 40, and who are registered in the electoral roll, will have a greater impact on the electoral results. The millennial generation is about to reach five million voters.

This age group will have a great influence on the election of mayors, councillors, prefects and parish councils. Thus, together with the centennials, they will be the ones who capture the attention of the candidates.

Although, due to the particularity of these votes and the wear and tear of the political parties and movements, the main objective of the aspirants to popularly elected authorities will be to overcome the spite of the voters, in general.

Guayas, Pichincha and Manabí, being the most populated provinces, concentrate the majority of the electorate. However, the first is the only one in which millennials exceed one million voters, with 1.16 million.

The analysis of the electoral roll, carried out by PRIMICIAS and Infinity Estrategas, shows the age composition of each province:

Ecuador, being a country of emigrants, also has a significant number of voters abroad. However, they cannot participate in the sectional elections, only in those of the Citizen Participation Council (Cpccs).

And only in these constituencies does the electoral force continue to be among voters over 40 years of age, among generation X and ‘baby boomers’.