Millions of Syrians are called to vote on June 3

This June 3 more than 15 million Syrians are called to vote in the presidential elections, in which the current president of Syria, Bashar al-Assad, is favorite against his two opponents, reported this Wednesday the Interior Ministry.

“The number of citizens over 18 who can exercise their right to vote under the Constitution is 15,845,575 both in and out of Syrian territory,” informed the ministry quoted by the official news agency Sana. More than 9,000 polling stations with 11,000 ballot boxes will be installed in “all governorates” of the country at war.

Thousands of Syrians living abroad have started voting this Wednesday at 38 embassies, according to Syrian state television. Enrollment in embassies where voting is expected, rises to 200,000.

The presidential election is organized by the regime in the regions under their control and has been described as a “farce” by several Western countries and the Syrian opposition in exile. 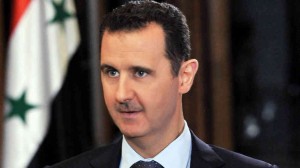