Millions without justification entered the FEF 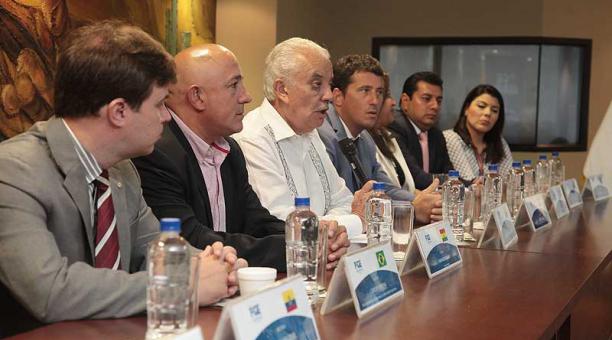 The contracts were signed for large sums of money. The Ecuadorian Football Federation (FEF), during the administration of Luis Chiriboga, signed agreements with at least three companies which were granted broadcasting rights of football tournaments and team matches. Those revenues “have no justification, or any kind of support,” although these “would have received millions of dollars.”

This is stated in a report of the Attorney General´s Office, which since December investigates an alleged money laundering within the Ecuafutbol. In fact, these contracts are part of the evidence that will be presented on September 26 in the trial to be started against Chiriboga. Pedro V., former accountant, and Hugo M., former secretary- treasurer of the FEF, will also be joined along with him.

The latter two surrendered to the authorities two days ago and are now detained, while Chiriboga is under house arrest for eight months. The arrest of the former head of the Ecuafutbol came after US authorities revealed alleged corruption networks within the FIFA and other regional sports bodies. These allegations were precisely by contracts with companies that were awarded the rights for television broadcasting.