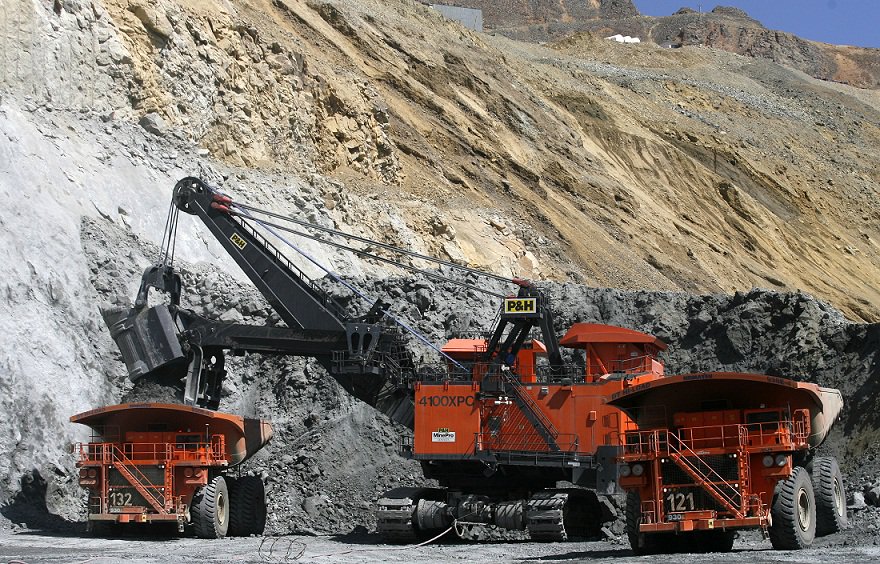 Around $ 1,299.3 million would be of mining investment in four years, after the first phase of mining concessions (auction auction) given between the end of 2016 and 2017. The figure is the result of delivering 275 concessions totaling 1’054,433 hectares in hands of 33 companies that are domiciled in Ecuador, but that mostly come from Australia, Canada and the US, there are also Ecuadorians.

Ninety-eight percent of that investment has been committed by 17 of those companies that have obtained 88.1% of the territory delivered and 84% of the concessions. The ones that have received the most concessions and areas are from Australia.

The Undersecretary of Industrial Mining, Henry Troya, says that the process exceeded expectations, because it had been thought that by 2016 investment commitments could be reached for $ 600 million. And at the moment they duplicate the goal. For Troya there are at least three factors for the great interest: the trust given to international companies, the signing with Lundin Gold, and the policy of greater openness to the mining issue, also helped.

Another issue has been the discovery of the potential of the “Cascabeles” deposit, while in countries such as Chile and Peru, minerals have already been exploited in an important way and therefore they are looking for new options. However, by 2018 the plan is to lower the accelerator of mining concessions, says the undersecretary.

That brake comes in the midst of the controversy generated by indigenous groups who believe that the latest concessions have generated monopolies and speculation.

Yaku Pérez Guartambel assures that they are concerned that at least one million hectares of concession are in indigenous territory, and 700,000 of them in forests and protective vegetation. They are struck by the fact that a person has accessed at least 103,000 hectares with about 25 concessions.

This issue will be presented to the Comptroller’s Office. Troya affirms that the companies cannot enter to initial exploration or another process while they have not complied with having a certificate from the Ministry of the Environment; another from Senagua and have prior consultation.

It adds that the 275 prior consultations that will be made for each concession will serve to socialize with the communities their rights, and also so that they are clear that the consultations are not binding and there is no right to veto. In the next weeks a regulation will be delivered to make the query. On the speculative issue, Troya indicates that before having the Conaie alert, the Minister of Mining, Javier Cordova, already spoke with the industry and explained that certain parameters were going to change, in which errors were detected at the moment of the concession. Explains that there have been certain companies that, based on their important economic position, have given very high investment commitments, but these may have the risk that they serve to have land without advancing in the projects, as a process of profit in the stock market, which is part of the speculative game. However, this does not suit the country.

Ecuador will seek to toughen the consequences if companies do not comply with investment commitments. The only current sanction is to return the concession.  (I)

The equinoctial archive keeps the musical history of ecuador