Preparations, at least within the legal framework, so that the Ecuadorian fishing fleet is authorized to start fishing for giant squid in order to sell that product to China are underway and the issuance of a ministerial agreement authorizing a fishing quota for that species, whose publication would not happen next October. 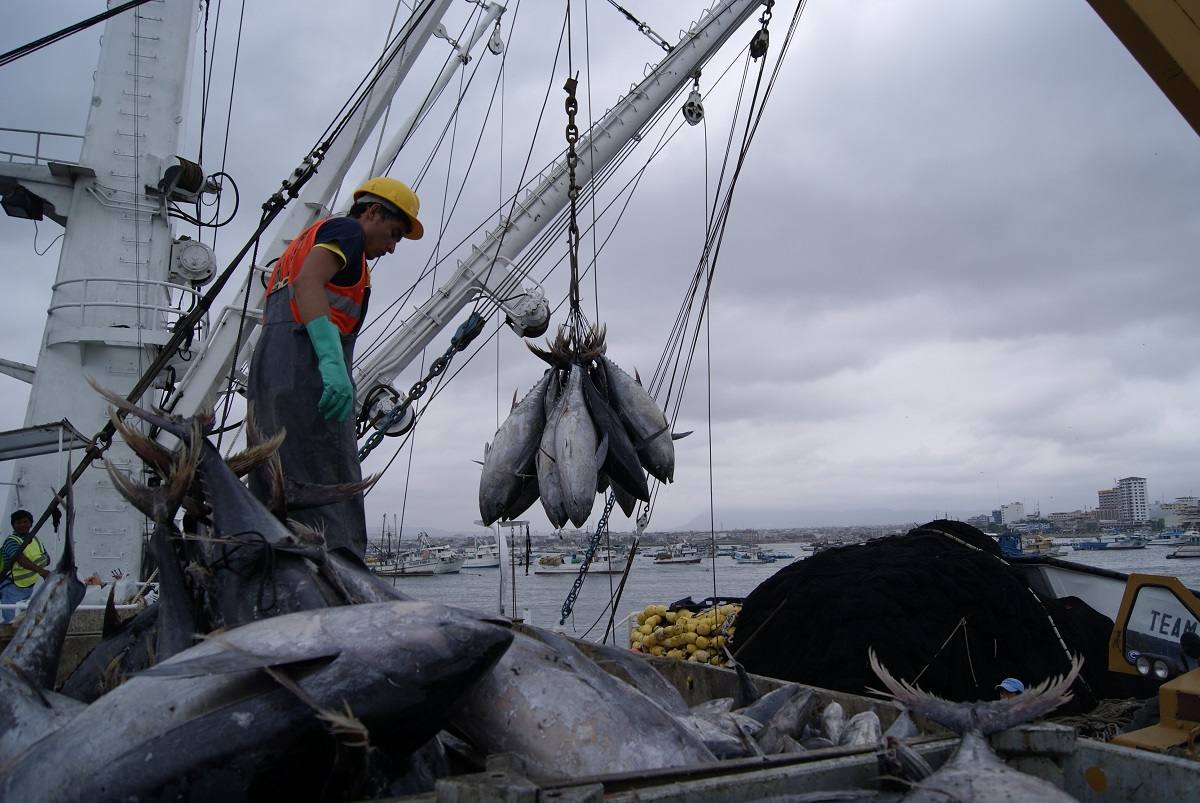 This, after Foreign Minister Luis Gallegos suggested this alternative to the productive sectors.

“I have suggested to the productive sectors with which I have met that we fish it (giant squid) and sell it to them (China),” said Gallegos in an interview with EL UNIVERSO, and also assured that there is interest in the Ecuadorian industry and also a market to exploit.

According to figures from the National Fisheries Chamber (CNP) , Ecuador exports $ 1,600 million a year in different fishery products, of which 85% is tuna, and generates more than 200,000 jobs between industry and artisans.

Guillermo Morán, director of the Tuna Conservation Group (Tunacons) , which groups together Negocios Industriales Real (Nirsa), Eurofish, Grupo Jadran, Servigrup and Trimarine, indicates that this ministerial agreement will regulate and generate the possibility that shipowners can develop the fishing of squid on the high seas.

However, how feasible is it for the Ecuadorian fishing fleet to adapt to this new fishing gear and how much investment would be necessary for this?

Morán sees two alternatives. One is to adapt or modify a certain part of the fleet that has idle capacity that is not used for tuna, to carry out a multipurpose fishery or make new boats, both of which would generate investment costs.

“This already exists in Peru, they fish for dorado in one season and those same boats fish for giant squid at another time of the year,” mentions as an example the director of Tunacons, who points out that the second option is to achieve an association between boats. foreign fishing vessels and the national industry.

He explains that this associativity would consist of the product that is caught by these foreign fleets: Chinese, Korean, Taiwanese, among others, being able to be processed in Ecuadorian plants.

“Whatever is caught on the high seas, instead of transshipment, they can leave it to a port to the Ecuadorian processing plants, we have an installed capacity for very large seafood,” says Morán, who says that with this model Investment attraction and new sources of work would be generated.

He adds that unlike modifying vessels to fish giant squid, the legal framework for associations with foreign fleets already exists in the Fisheries and Aquaculture Law, and can be exercised immediately.

Meanwhile, Bruno Leone, president of the CNP , indicates that it was the productive sectors that requested the authority to develop regulations to allow squid fishing.

“The idea is that, based on the regulations, there will be interested people who may think about reshaping boats or bringing a boat to fish that resource,” explains the fishing leader, who points out that the Ecuadorian tuna fleet has 115 vessels and adding to the pelagic boats small and other ships reach 569.

However, those 115 vessels that represent 85% of the country’s total catch are vessels between 38 and 40 years old that are already at the end of their useful life, Leone acknowledged, noting that the Chamber launched a program of fishing two years ago. fleet renewal that aroused the interest of shipyards in Spain, Korea, China and other places to provide this service.

“It is not easy, nobody has 30 million saved in the checkbook or in the bank account, adequate financing is needed with adequate terms, that has unfortunately not been achieved,” says Leone, and on the squid he indicates that it would also represent an investment in boats of that type, which second-hand would cost between $ 7 million and $ 8 million.

This, because the boats that the Ecuadorian fishing fleet has, both the purse seiners for tuna and small pelagics, are not suitable for squid, because the fishing gear is different, says Leone, who adds that squid is a resource of cold waters that reaches our waters between July, August and September.

For his part, Roberto Aguirre Román, executive president of Nirsa , does not rule out the possibility of venturing into fishing for this resource.

“It seems right to us that the Ecuadorian fishing industry invests in the fishing of giant squid, in the seas of international waters of the Eastern Pacific, not only off Ecuador, but also off the waters of other countries,” says the businessman, who cited the The case of Peru, which has a strong export of giant squid, which goes to the European Union market.

“If China sends its fleet to distant waters, such as those of the Eastern Pacific, it means that it is a good business, then why not do it the Ecuadorians, it is preferable that the companies of our country do it”, adds Aguirre, who nevertheless considers that the viability of the resources should be verified and an economic study of the capture costs and alternative markets where this squid can be placed, whether in China, Europe or the United States, should be carried out. (I)