Ministry and activists protest the use of bushmeat in Masterchef Ecuador

On the night of January 3, in the cooking reality show that is broadcast on Teleamazonas , Masterchef Ecuador, the participants had to face a ‘creativity challenge’. They had to use venison, capybara, alligator and shark meat, all wild animals. Tollo meat was even used, a small species of shark that is in danger of extinction. 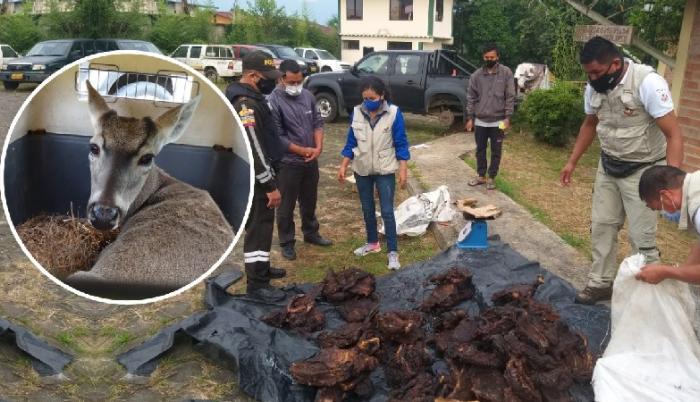 The consumption of wild meat is a sanctioned crime in Ecuador.

Given this fact, the reactions of animal organizations did not wait. On January 4, they expressed their rejection of what they consider promoting the consumption of these species and have requested appropriate sanctions from the relevant authorities.

The National Animal Movement of Ecuador, for example, issued a statement on its social networks, where it cites various articles of the CODA (Organic Code of the Environment) and where it is explicitly stated that the meat of wild fauna can be consumed only in survival situations.

Additionally, they asked the show’s filmmakers and producers to provide an explanation.

For its part, the Ministry of Environment, Water and Ecological Transition published a statement rejecting the consumption of wild meat in Ecuador and recalling that it is a criminal offense.

“We call on citizens to respect and protect the extraordinary biodiversity of the country and urge the media to support the strengthening of the national environmental policy,” said the Ministry.

In the statement issued by the Environment Ministry, stressed that the Comprehensive Organic Criminal Code (COIP), article 247, indicates that crimes against wild flora and fauna are punished with imprisonment of one to three years. In addition, article 318 of the Environmental Organic Code (COA) sanctions up to 200 unified basic salaries.

The channel through which the ‘Masterchef’ program is broadcast has not yet issued a statement regarding these complaints.

The US studies carrying out works on the Coca river