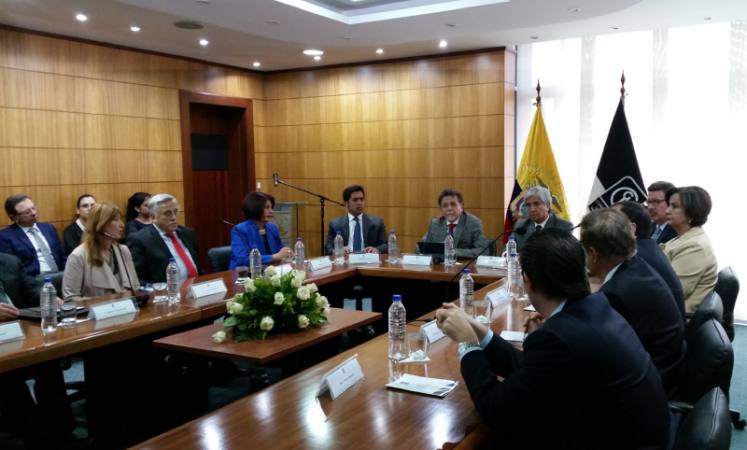 The audit of the debt carried out by the Comptroller General of the State focuses on three institutions that were key in the contracting of loans during the government of Rafael Correa: the Ministry of Economy (MEF), the Central Bank of the Ecuador (BCE) and the National Secretariat of Planning and Development (Senplades).

The work order with which the revision began was signed by the surrogate controller, Pablo Celi, on August 1 of last year, and there he ordered the execution of a special examination “on the legality, sources and uses of internal public debt and external, for the period between January 1, 2012 and May 24, 2017. “Several officials of the economic front of the previous government -including Correa himself- were notified by the Comptroller’s Office, so that they explain their role in public indebtedness during the period of analysis.

For Correa, it is a persecution for having signed decree 1218, which allowed his government to reduce the value of the debt in relation to GDP and, in turn, stay under the limit established by the Monetary and Financial Code.

However, the control task continues and the auditors do not rule out establishing civil, administrative and even criminal responsibilities.

Meanwhile, the oversight made by the agency already reviews the documentation and has made observations on the reserve in the credit processes. This group, highlighted by the Comptroller, but questioned by the spokesmen of the Correa government, is made up of 11 characters: business representatives Roberto Aspiazu and Patricio Alarcón, debt expert Ramiro Crespo, ex-deputy León Roldós, exjueza Ana Abril, the ex-contractors Alfredo Corral and Marcelo Merlo, the ex-prosecutor Mariana Yépez and the economic researchers Pablo Dávalos, Magdalena Barreiro and Eduardo Valencia.

Pablo Dávalos explained that next week the monitoring methodology will be defined, anticipated at least seven topics that veedores (0bservers) will promote: determine the real amount of the public debt, include crude oil sales operations, evaluate bond issues, review the debt with China, define the State’s debts to the Ecuadorian Social Security Institute, reform the reserve rules on credit processes and make a balance between the amounts and costs of the loans versus the actual investment made.

At the moment, the Comptroller has already carried out eleven audits of the debt contracting processes. These reports serve as support for the special examination ordered last August.

In some reports, civil and administrative responsibilities were established. Economic exemptions were notified. (I)