Ministry of Interior will investigate the harassment done to Pamela Aguirre 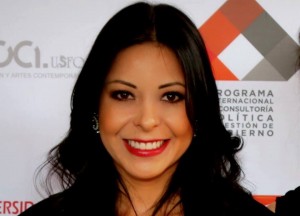 The Ecuadorian Minister of Interior, José Serrano, announced today that he will investigate the harassment done to Pamela Aguirre, a member of a group that seeks a constitutional provision that will enable current President, Rafael Correa, to launch his candidacy in 2017

“They came to the limit! Now they are threatening to kills us! “said Aguirre in her Twitter.

José Serrano replied: “We will investigate these despicable acts in solidarity with you and all people who suffer these unintelligible acts”.