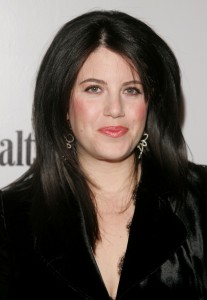 In an article made for Vanity Fair magazine, and written by Monica Lewinsky herself, 20 years after her affaire with former President Bill Clinton, Lewinsly, who worked as an intern at the White House in the late 90s, made statements regretting her scandalous affaire, `of course, my boss took advantage of me,´ she writes, referring to what was a consensual relationship but which turned her in  a `scapegoat´ to protect the power position of Clinton.

`The Clinton administration, the special prosecutor´s ‘minions’, the operations from both political sides, and the media management were able to tag me. And that label remained in part because it was imbued by power,´ Lewinsky said about public humiliation of which she was the victim. `I deeply regret what happened between President Clinton and I,´ she added.

Obama receives recognition from the Jewish community in Hollywood

Pamela Anderson confesses that animals helped her to overcome abuse