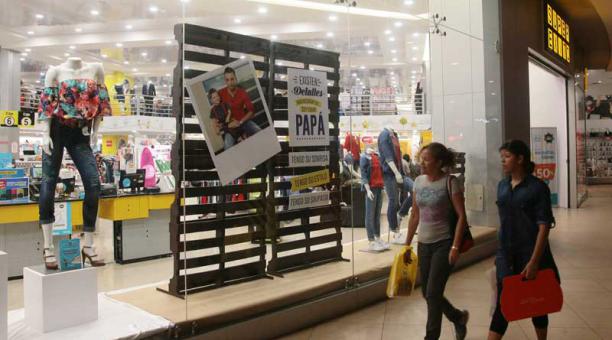 The Ecuadorian economy grew by 3.8% in the third quarter of 2017 if compared to the same period of 2016, according to data published by the Central Bank (ECB), on January 2, 2018. The figures were presented with four days of delay. The ECB said that this is because it sought to make the methodology to disseminate the data more detailed in a press conference. It is a year-on-year growth level, which is almost equal to the level reached in the same quarter of 2014, when Ecuador did not go through the crisis due to the drop in the price of a barrel of oil.

But in relation to the second quarter of last year, the growth of the months of July, August and September was only 0.9%. In fact, in quarterly terms it was the lowest of last year. For José Hidalgo, director of the Corporation for Development Studies (Cordes), the explanation for this result is that the first months of 2017 were strongly influenced by increased government spending due to the presidential election campaign and “no because the economy grew or because of better employment levels”. On the other hand, although the third quarter shows a growth of 3.8% in relation to the same period of 2016, it must be taken into account that this was a year of economic crisis. “The level of growth in 2017 is just a recovery of lost ground, more than real growth.” Verónica Artola, manager of the ECB, defended the figures reached and attributed them to a higher level of consumption in households, driven by a greater granting of consumer loans from banks, a higher level of remittances and the inflow of resources from the tourism.

The reduction in inflation levels also affected, according to the Government’s reading. With lower prices there was greater consumption capacity in families, said Artola. The business sector has had to sacrifice its profit margins, proposing offers and discounts to encourage consumption, said Roberto Aspiazu, director of the Ecuadorian Business Committee (CEE). Aspiazu regretted that the private sector cannot assume the leading role in terms of investments. “As long as there is no change in real economic management, the business sector will not have the confidence to invest,” he said. For Alberto Acosta Burneo, editor of Análisis Semanal, the 5.3% growth in household consumption during the third quarter of 2017 is due mainly to the fact that the Government continued to maintain a high level of debt to inject resources into the State. Up to November 2017, the total aggregate public debt reached 46% of GDP. The analyst explained that the liquidity that the Government obtained in international markets was injected into the economy.

These resources generated that the Ecuadorian has a greater purchasing power. But as domestic production does not grow, the demand for imported products is the one that increased, Burneo said. This is one of the indicators that continues to worry Central. Imports in the third quarter grew 8.8%, while exports decreased by 0.5%. The increase in the importation of goods, Artola said, is one of the factors that weighed the most in the balance of payments (recording of all monetary transactions produced by a country), which in the third quarter recorded a negative balance of USD 2 115 million.

Daniel Legarda, CEO of Fedexpor, says that the country needs to reduce its production costs to become more competitive. Cordes projects that 2018 will not have sustained growth either, since the figures are still leveraged in spending and debt, not in greater investment in the country. According to the ECB, gross fixed capital investment (FBKF) – that is, public and private investment – decreased by 2.3% between July and September. In context The Central Bank projects a growth of 1.5% in the economy during 2017. According to the manager of the institution, Verónica Artola, the country would reach that level even if in the fourth quarter the economy grew 0%. He advanced that he could be older. (I)