More equipments arrive for the Fire Department of Guayaquil 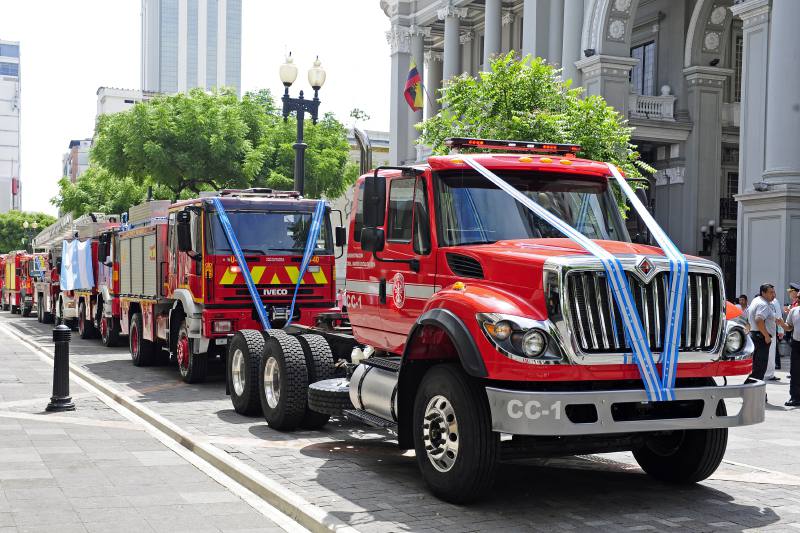 Among several vehicles, a ladder truck with the ability to reach up to 54 meters high stands out. This will serve to respond to emergencies in 18 story buildings.

Colonel Martin Cucalon, first head of the CBG, said that this vehicle is the second of its kind in Latin America. “It is the first, new, purchased by the Fire Department of Guayaquil since 1940 …”

Cucalon also indicated thay the CBG requested a loan to the State Bank (BEDE for its Spanish acronym), “which we are curretnyl paying.” Two French trucks for emergencies in tight spaces were also purchased.

The institution also bought two tractor-trailers with its own funds to mobilize supply tankers with a capacity of 10,000 gallons of water.

These, Cucalon said, replace two wellheads that were donated during the presidency of Leon Febres-Cordero.

Two other cars to intervene in forest fires, dating from 1997 and 1998, were donated by the Government of Navarra, Spain. The motor pumps are valued at 600,000 euros.

‘Witnesses’ reveal the economic profile of the deposit