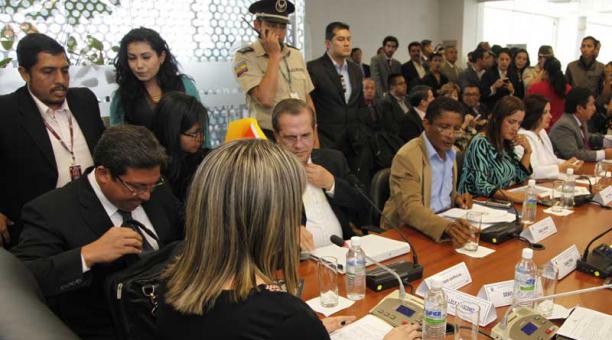 The presence of the Military High Command in the Assembly to present its technical reports on reforms to the ISSFA became a sensitive issue. The case was treated again in the last hours: the Legislative Commission on the Rights of the Workers set a deadline of 12 days to prepare the report for the final debate. The issue generated reactions even within the government party.

Alternate Assemblyman of the ruling coalition Jose Torres proposed that senior officers are convened since he assured that “the Commission´s will is not to address the issue without those involved.” But before proceeding with the motion, Torres was interrupted by Marllely Vasconez, president of the Legislative Board, who said: “I can not invite you, because I would get in trouble, then it would be questioned my decision of not summoning everybody. (…) I invite the representatives (of them).” On the subject, four protective actions against the 11 legislators of the Board, the President of the Assembly Gabriela Rivadeneira; and Defense Minister Ricardo Patiño, have been filed.