More than 24% of migrants arriving in Mexico are Ecuadorians

More than 24% of the migrants who try to cross from Mexico to the US are Ecuadorians, that is, 47,000 of the 193,000 who pass through immigration processing centers, in an attempt to achieve “the American dream,” he revealed this Thursday. the Foreign Ministry of Ecuador. 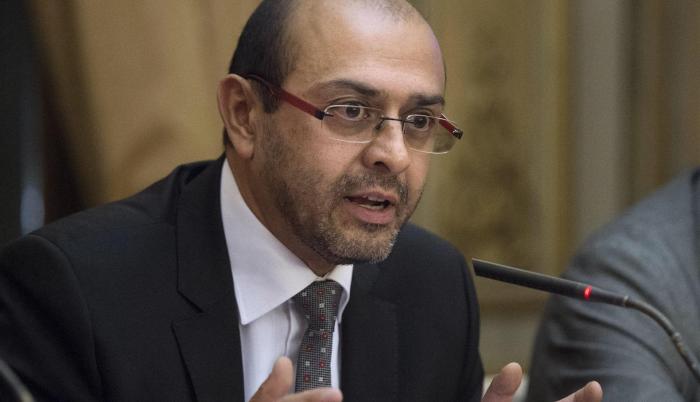 File photograph in which the Vice Minister of Human Mobility of Ecuador, Luis Vayas, was registered in Madrid (Spain).

The Deputy Minister of Human Mobility, Luis Vayas, explained to the media details of his recent visit to Mexico and the United States, in particular to the points where Ecuadorian migrants are generally held when they try to clandestinely cross the border of those countries hand in hand of human traffickers, also known as coyoteros. This is the first time that a team from the Ministry of Foreign Affairs and Human Mobility of Ecuador travels to the area of ​​the Mexican-American divide to learn first-hand details of the so-called “risky” or “irregular” migration. , in order to combat migrant smuggling, which, according to Vayas, generates “more than a billion dollars” since January of this year.

The mission ensured that the Ecuadorian nationals who are in the processing centers had at least two hot meals a day and a permanent supply of liquids, snacks and fruits.

The deputy minister described the situation that migrants are going through “very hard” and emphasized about the traffickers, that “they don’t care about life, they only care about money.”

It also reported on the assisted return of the detainees to the national territory through two weekly flights, financed under an agreement with the United States.

Ecuadorian migration to that country has intensified as a result of the pandemic, and this year 120,000 people have left this country for Mexico as tourists, according to Vayas.

However, the number of Ecuadorians who travel with the intention of arriving in the United States is unknown, a concern that has also led Washington to analyze it regionally to combat human trafficking and irregular migration.

“An agent told us that drug trafficking has decreased, but human trafficking has increased,” Vayas denounced in his speech, assuring that migrants often enter US soil through underground tunnels or through dams “where they are victims of the turbines that turn on and end their lives. “

On the other hand, he also mentioned that Ecuadorian adults and minors lose their lives in the desert in the attempt to reach the United States, and so far in 2021 there have already been 35 fatalities, and 68 since 2019, according to the data available. of the Chancellery. To these are added 17 people who are missing for the authorities; This indicates that they may have reached their destination, returned, or died trying. Since 2019, 33 Ecuadorian nationals have been lost in the middle of the journey, which costs them between $ 15,000 and $ 30,000, Vayas said.

He also illustrated the “negotiation” of criminal organizations that are dedicated to migrant smuggling since once the emigrants embark on that risky journey, the amount they spend increases rapidly, since the coyoteros sell them from water, mobile phones, camouflage suits, even pieces of carpet to stick on shoes and not leave footprints in the sand.

The head of Human Mobility reiterated the government’s policy of promoting alternatives to promote safe and legal migration, which “is everyone’s right.”

Covid vaccines will be applied once a year in Ecuador