Moreno clarifies the role of the Anti-Corruption Front 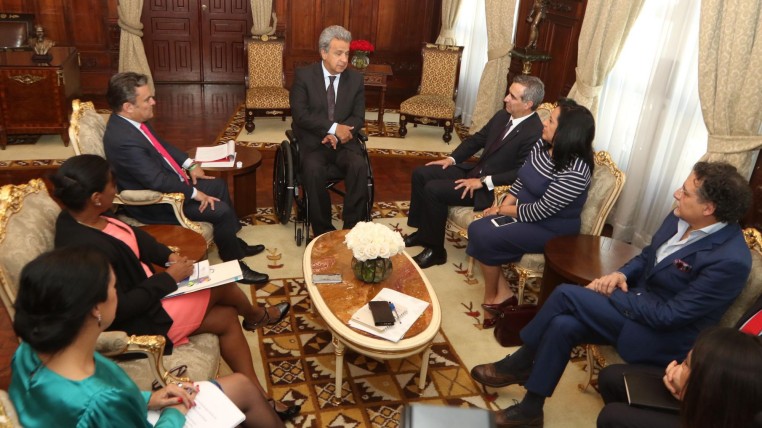 President Lenin Moreno summoned the heads of the Legislative, Judicial, Electoral and Transparency functions to the Government Palace. Those in charge of the Comptroller’s Office and the Prosecutor’s Office were also present. The heads of these agencies are outside the country: Carlos Pólit, licensed and involved in a case of alleged concussion-related to Odebrecht; and Carlos Baca Mancheno, who traveled to Brazil to find more information about the Brazilian firm.

Gustavo Jalkh, president of the Council of the Judiciary, said at the end that, for example, an agenda of products that will be requested from that group is being prepared. Some will have to do with legislative reforms. The task of the Legislature will be to study and take appropriate action.

Moreno assured to public officials that the task of the Front “will not interfere with the institutionality” of each state agency, added Jalkh. It will seek to be an aid, he assured. Of course, if there is any slowness in the investigation processes, the Front may file complaints to unlock such delay (I).