Moreno leaves in his militancy the promotion of the consultation 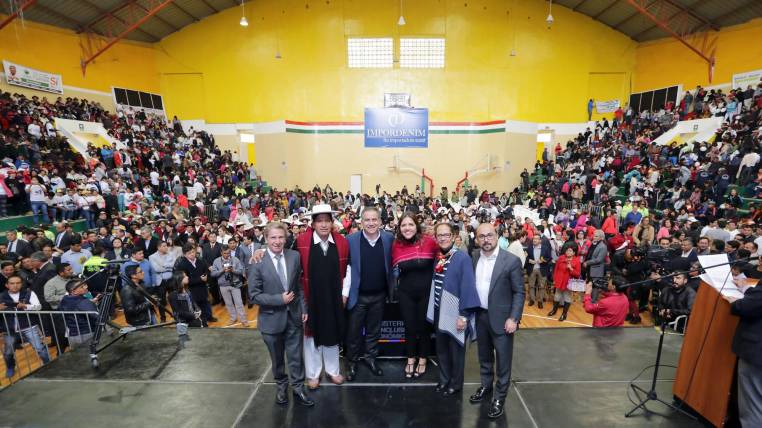 A low profile in the middle of the campaign. President Lenin Moreno has made few public appearances, although the promotion of the seven questions of the popular consultation began eight days ago.

In fact, the president’s public activities have been decreasing since he returned from a European tour that took him to the Vatican and Spain, at the end of last December. The “clearance activities” have been the common denominator of the last weeks.

The absence of the last days has an explanation: Moreno himself said that he suffered a mishap, on January 3, when a bag of hot water burst and affected part of his body.

This did not prevent him from participating in the Change of Guard last Monday, but in the activities developed by the Government in Tungurahua, the next day.

For now, the mission of promoting popular consultation is in the hands of its officials. Vice President María Alejandra Vicuña has been in charge of the meetings and receiving support from social groups that support the seven questions proposed by the president.

The ministries have also intensified their activities, in which the actions executed by the Executive in the first seven months of management are made known.

The Ministry of Electricity, for example, announced on Tuesday the reduction of electricity rates for the productive sector and yesterday, in Quinindé, inaugurated several electrification works. The two acts were attended by Vice President Vicuña

The president highlighted both activities from his official accounts on social networks. This space is, for now, the most used by social and political organizations to promote the yes and no in the face of the electoral process of February 4. This scenario could change in the coming days, with a more active President Moreno as the end of the electoral campaign approaches, on February 1, according to the schedule of the National Electoral Council (CNE).

Ricardo Zambrano, executive secretary of Alianza PAIS in charge, said that the strategy they will use, rather than making large concentrations to promote the yes, is that the militancy be mobilized explaining the content and purpose of the questions. “Obviously and in parallel, Mr. Moreno will be visiting almost all the provinces,” said Zambrano. The predecessor with protagonist eagerness Former President Rafael Correa twice requested permission from the National Assembly to campaign politically. The first, in 2013 when he applied with Jorge Glas for reelection to the Presidency of the Republic. A year later he again used this figure to promote Alianza PAIS candidates in the sectional elections, without positive results: he could not win the mayor’s office in Guayaquil and he lost the one in Quito.

On Monday, during the Changing of the Guard, the president received the support of several community irrigation organizations and met with them.

The vice president meets today agenda in Quito. Between Tuesday and Wednesday she did it in Tungurahua and Esmeraldas, respectively.

State portfolios such as Education, Industries, Transport and Public Works have intensified their activities. (I)