Most of the sharks found on the ship Fu Yuan Yu Leng 999 inhabited the waters surrounding Galapagos, study reveals

A team of researchers and scientists, led by Elisa Bonaccorso of the San Francisco de Quito University (USFQ), published in the Nature Magazine a study with the results of several genetic analyzes carried out on the bodies of sharks found in the holds of the ship of Chinese flag Fu Yuan Yu Leng 999 in 2017 that was detained by Ecuadorian authorities for fishing within the Galapagos Marine Reserve. 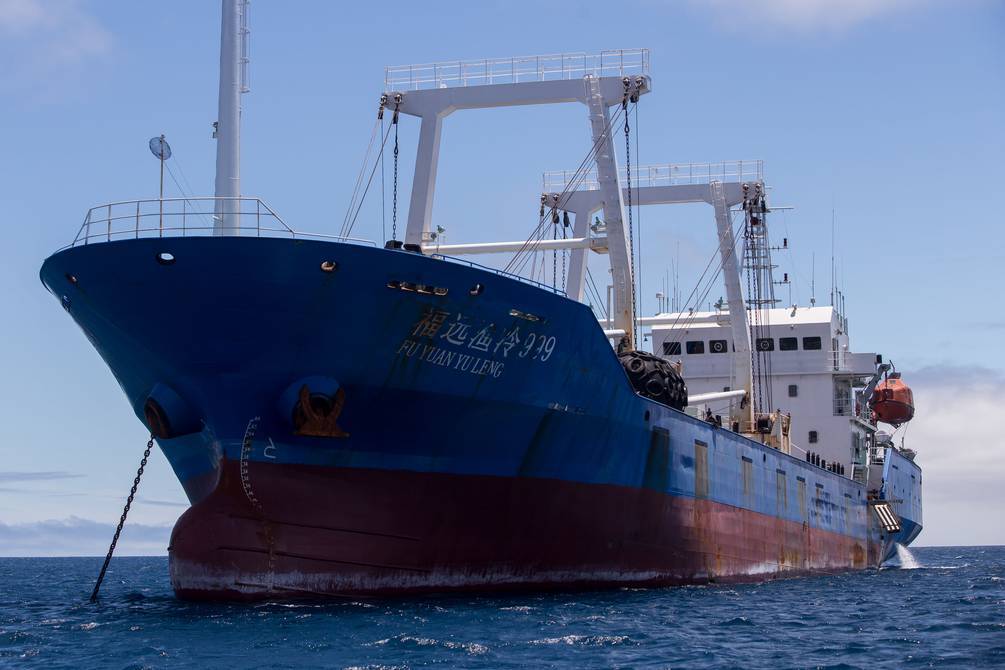 The ship was captured and later painted in other colors for the use of the Ecuadorian navy.

The investigation found that of the twelve species of sharks found on the ship, eleven are found within the archipelago and nine are classified as Vulnerable or at higher risk by the International Union for Conservation of Nature (IUCN). That is, the sharks found in the ship’s holds inhabit the waters that surround Galapagos.

The scientists noted that “the operation of international fleets can hamper national and international efforts to preserve shark populations around the world.” Sharks are under permanent threat in the waters surrounding the archipelago.

A report from the United Nations Educational, Scientific and Cultural Organization also coincides with this, indicating that one of the factors that affect the Galapagos is illegal, unreported and unregulated fishing. It is the first time that this international organization warns about illegal fishing the level of threat faced by the best preserved archipelago in the world, but which requires greater protection of the sea that surrounds it.

“The request to expand the Galapagos Marine Reserve began in August 2017, with the arrest of the Chinese-flagged cargo ship Fu Yuan Yu Leng 999. The bodies of 7,639 sharks were found in the warehouses of this industrial vessel; this motivated a massive protest of the citizens”, indicated the More Galapagos collective in a statement.

In addition, he affirmed that an aggravating factor is that in the Insular Exclusive Economic Zone is the significant increase in fishing pressure by the Ecuadorian fleets: “To date 99 longliners, 300 mother vessels and 115 tuna seiner vessels operate in this area. and in each of these fleets, bycatch of sharks and other protected species is generated”.

More Galapagos indicated that it is essential for the preservation of the archipelago to extend the marine reserve.

The ship Fu Yu Leng 999, after the respective legal process, became part of the Ecuadorian Navy and took the name of Hualcopo. The ship has three refrigerated warehouses, 98 meters in length, a width of 16.20 meters, a draft of 6.5 meters, and a displacement capacity of 3,200 tons.

One of the missions carried out by the Hualcopo vessel is to guard the Galapagos Exclusive Economic Zone (EEZ) in the face of the alleged depreciation of its fish resources in that area.

Twenty Chinese nationals, crew members of the ship Fu Yu Leng 999, were arrested and later sentenced to prison. Sixteen of them were sentenced to one year in prison, while the other four were sentenced to three years of deprivation of liberty. The payment of $ 6.1 million was also ordered in favor of the Galapagos National Park (PNG) in this case. (I)