Sympathizers of businessman Álvaro Noboa reached the State Attorney General’s Office, in the north of Quito. 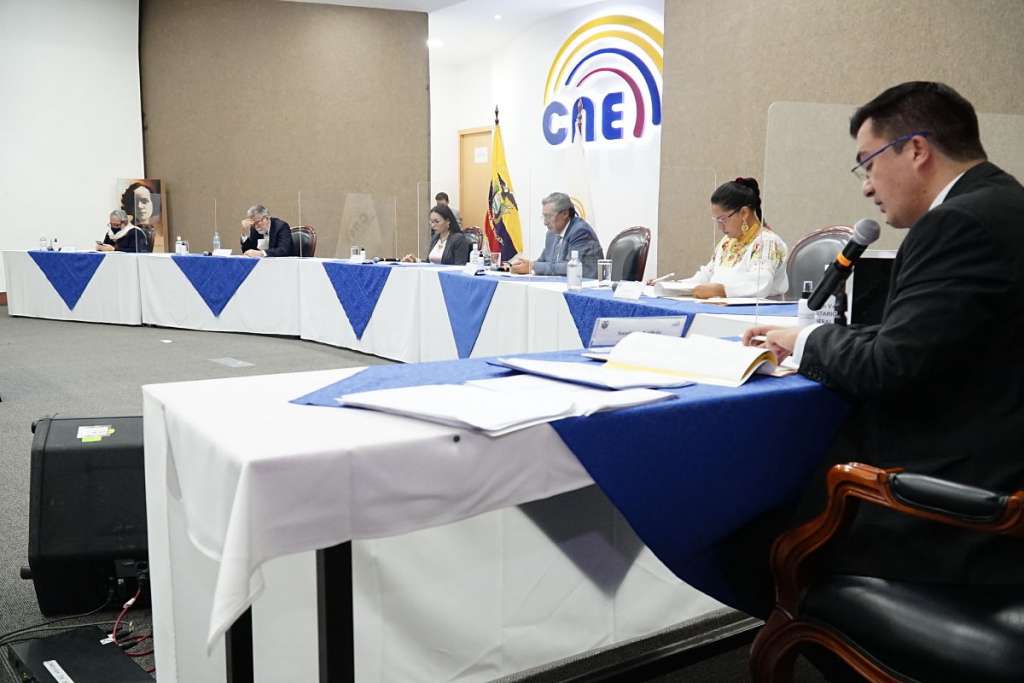 There the spokesperson, Silka Sánchez, formally filed a criminal complaint for alleged contempt against the electoral advisers José Cabrera, Enrique Pita, Luis Verdesoto and the president of the organization, Diana Atamaint. This after they did not give way to the registration of the candidacy for the Presidency of Noboa by the Social Justice movement.

Sánchez insisted that the counselors did not comply with the ruling of the Electoral Contentious Court, which returned legal status to Social Justice.

For his part, the counselor José Cabrera said he was unaware of the complaint; however, he says that all parties had the same conditions in the electoral process.

Sánchez indicated that in addition to this complaint they have filed three appeals in the Electoral Litigation and in the next few days they will do so before the Inter-American Commission on Human Rights.