The United Ecuadorian Movement, registered in the National Electoral Council since September 11, 2018, makes its debut in the presidential and assembly elections on February 7, 2021. It has already participated in the 2019 sectionals. 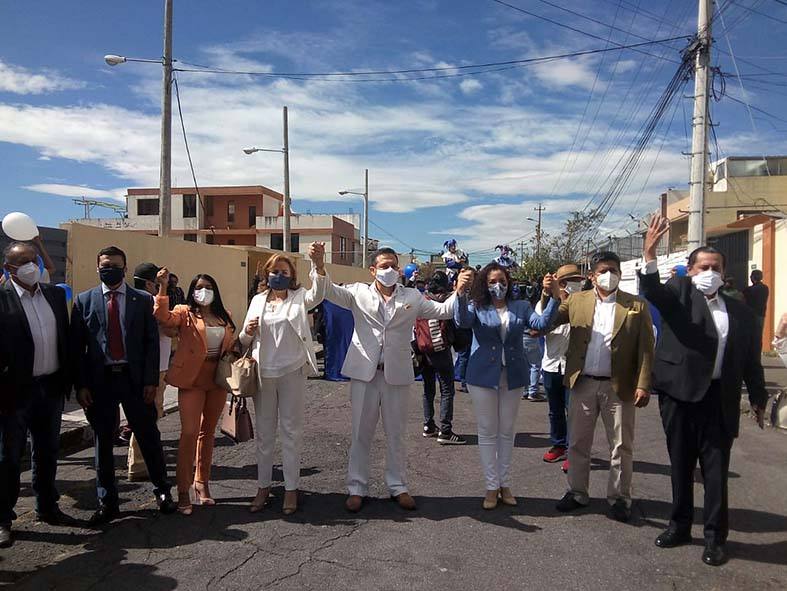 The political group created by Edwin Moreno, brother of the President of the Republic, Lenín Moreno, nominated Gerson Almeida as a pre-candidate for the presidency.

On the presidential ballot they will have the binomial of Gerson Almeida and Martha Villafuerte. The first is an evangelical pastor and the other is part of pro-life groups.

Most of the candidates are new and have not belonged to any party or political movement in the past, says Joanna Játiva, candidate for Assemblyman for Santa Elena and Secretary of Communication for the MEU.

Rocío Juca Salazar leads the list of national assembly members, she is a doctor in laws and alternate assembly member of Esteban Albornoz, from Alianza PAIS, explains Játiva.

Melissa Pozo Sánchez, 23, heads the list of Andean parliamentarians, is a youth representative of the movement. She participated in the sectional elections for councilor for the Northern District of Quito together with María Sol Corral who ran for Mayor of Quito for the MEU.

One of the well-known faces is Daniel Roy-Gilchrist Noboa Azín, the businessman’s eldest son and five-time candidate for the Presidency of the Republic, Álvaro Noboa, who is a candidate for Assemblyman for the province of Santa Elena, accepted his candidacy together with Joanna Alexandra Játiva Aguirre and Drino Nieto Morejón, on Monday, August 24.

The pre-candidates for assembly members for Pichincha are: Yadira Basdamientos, for the district of cantons of Pichincha; Iván Tinillo, for the rural district of the Quito canton; Renato García, for the central-south district; and Gonzalo Pérez, for the north-center district.

“Behind Chicaiza’s statements is Correa with all his economic power”