Mubarak and Sons are Arrested 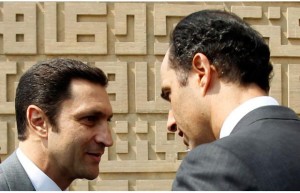 Former Egyptian President Hosni Mubarak was questioned by the deaths of demonstrators during the revolts of February that ended with his 30-year regime, and crimes of corruption. During the interrogation Mubarak suffered a heart attack and was sent to the Hospital of Sharm el-Sheik. The hospital officials stated that Mubarak’s health is unstable.

Meanwhile the District office of Egypt issued that Mubarak is taken into custody for 15 days, while he is investigated. The former president sons, Alaa and Gamal have also been arrested. The Mubaraks will be trialed in a court in Cairo on April 19 after being accused of corruption charges and the deaths of 800 demonstrators during the insurrection.

Gamal, considered the successor of his father, and his brother Alaa were sent to the Tora prison in Cairo. The arrests of the Mubaraks could quell the contempt of several revolutionary leaders that rose during the insurrection. Meanwhile the demonstrations continue in the Tahrir square to demand the processing of the former dictator and start with the democratic reforms they demanded.

Japan has 1,000 Replicates of the Earthquake