Municipal works in health and education will need the State approval 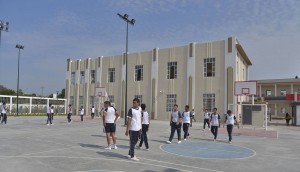 Municipalities will need permission from the ministries of Health and Education to carry out certain works in these areas, once the amendments come into force.

Currently they do not need authorization from the central government since one of its exclusive powers according to the Constitution, is to build infrastructure for health and education.

This is stated in paragraph 7 of Section 264, which was modified by the Assembly as part of the proposed amendments.

This paragraph contains two ideas: the faculties of the councils “to plan, build and maintain physical infrastructure and health and education facilities” and “as well as public spaces for social, cultural and sports development, according to the law.”

Ecuador seeks to accelerate agreement with the EU