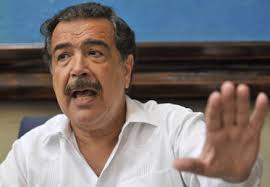 The Municipality of Guayaquil said in a statement that the various competencies it has assumed do not receive any state subsidy nor taxes have been from citizens or fares have been risen.

This clarification was made after President Rafael Correa qualified certain municipalities of having double standards, concerning a meeting of Mayors where Mauricio Rodas, Mayor of Quito, and Jaime Nebot, from Guayaquil, attended.

In the statement, it is noted that the budget of the Municipality of Guayaquil is 664 million dollars. “The 60.5% of this value is generated directly by this Municipality. The 39.5% is constituted by the incomes return the Constitution and the law assign to the city. The Central State (not the government or the President) only charges and returns them by constitutional mandate. Governments and Presidents do not “give” anything to the cities and provinces”.

Furthermore, it is clarified that the municipality collects taxes for $ 150 million dollars a year, not USD 13 million as Correa said.

“Our policy on property taxes was not to punish but rather to encourage property owners, by considering that this activity and the construction generate employment and development. Furthermore, we have incorporated to the municipal land registry tens of thousands of homeowners. Guayaquil has not received – or asked- any assignment or special help from the government”, concluded the statement.