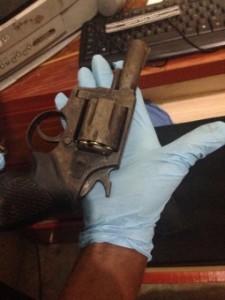 Yesterday, at 12:20, was arrested a suspect in the murder of the elected Mayor of Muisne, Walquer Vera. According to the Domestic Affairs Minister, José Serrano, and  the Attorney General, Galo Chiriboga said.

The Colombian A.H.R.A was detained in a bank at a mall in the south of Guayaquil and then was taken to the ‘Cuartel Modelo’ prison.

‘The characteristics coincide with the possible perpetrator of the crime occurred last Sunday,’ Chiriboga wrote in his Twitter account.

Until yesterday afternoon authorities were trying to implement Article 606, subparagraph 2 of the Penal Code, which prescribes a penalty of 2 to 4 days of prison when someone is more than 45 minutes outside a bank.