Music will be the protagonist at the beginning of 2018 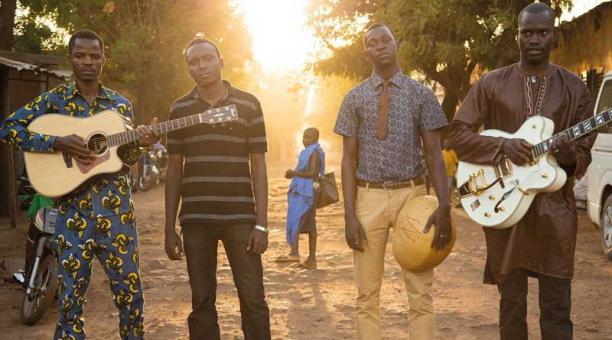 With the XIV edition of the Ecuador Jazz Festival, a series of major cultural events begins, which will take place in the country during the first quarter of 2018. This event includes concerts with local and foreign artists, jam sessions, master classes and the new edition of the International Meeting of Musical Journalism and Cultural Management. One of the main guests of this sound encounter is Lizz Wright, one of the most luminous contemporary voices of jazz. The American singer will be presented on February 2, at the Teatro Nacional Sucre, with a repertoire that will include songs from ‘Grace’, the musical production she launched in 2017. Wrigth is joined by artists such as Troker de México, Gonzalo Grau & Plural of Venezuela, Benjamim Taubkin of Brazil, Yissy & Bandancha of Cuba and Songhoy Blues of Mali, a band that fled the jihadists and settled in London to create music with a hypnotic groove that mixes jazz and blues with sounds and cadences African.

Another event that will be added to the cultural offer of these first three months is the third edition of the Film Series The Fracture of the Century, a project that arose on the initiative of the artist Sara Roitman, as a tribute to the victims of the Holocaust.

This year, the film series, which takes place in the Ochoymedio, is focused on the world of Nazi propaganda. One of the films that will be screened will be ‘Hitler’s Hollywood’, a film that tells the story of one of the most important and dramatic periods in the history of German cinema, where many of the more than a thousand feature films that took place in Germany were reviewed between 1933 and 1945. From 17 to 28 March, the new edition of the International Sacred Music Festival will be held.

This year, one of the most talked about sound meetings in the city, has among its guests Carmen Téllez from Venezuela, Ensamble La Sambuca from Argentina, Ensemble Vocal Mycale from the United States, José Luis de Aquino from Brazil, Ellipsos Quartet from France and Vocalconsort from Germany.

These artists will be joined by local groups that will be announced in the coming days. There will also be master classes with several of the international guests. In Guayaquil, one of the cultural events that will be held in these months is the Festival of Other Music, which is organized by the Sánchez Aguilar Theater. The previous year, this festival was held on Tuesdays and Thursdays in March and April, in the Zaruma hall, and called groups of different musical genres, such as jazz. For the second quarter of 2018, other events are expected, such as the International Film Festival of Encuentros del Otro Cine, which will be held between May 9 and 20 and the premiere of works such as ‘The Magic Flute of the Andes’. (I)

The demand for housing plans recovered in the country