Nathalie Cely will be the new Minister of Industry and Richard Espinoza, Chairman of the IESS Board 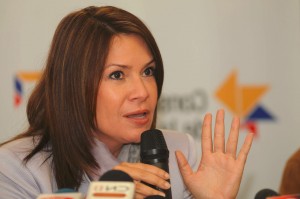 The changes contained in the Executive Decrees 638 and 639, were arranged by President Rafael Correa. From January 2012 to February 2015, Cely served as ambassador of Ecuador in the United States.

The new Minister posted on her Twitter account that among her priorities include to attract foreign investment, accelerate the work of ZEDES and promote competitiveness in production and export.

CELAC quartet will meet in Quito to discuss its goals

Safeguard measures affect the poorest segments of the population