National Court will notify resolution of the brothers Isaías case 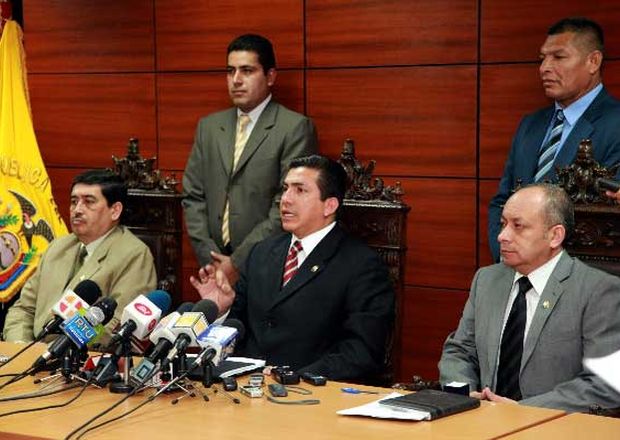 The hall of the National Criminal Trial Court shall notify, in writing, the decision in the case of alleged embezzlement filed against brother a William and Roberto Isaias and others.

Judges do not have a set time to give judgment. The case began 14 years ago after the financial crisis of 1998 and 1999.

Three defenders exposed on September 26 their arguments at the hearing requested by four sentenced to eight years in prison as suspects.

The court was presided over by Judge Gladys Teran and composed of Judges Jorge Blum and Lucy Blacio. They listened for nearly three hours, the fundamentals of the defenders Xavier Castro, Carlos Sanchez and David Rivas.