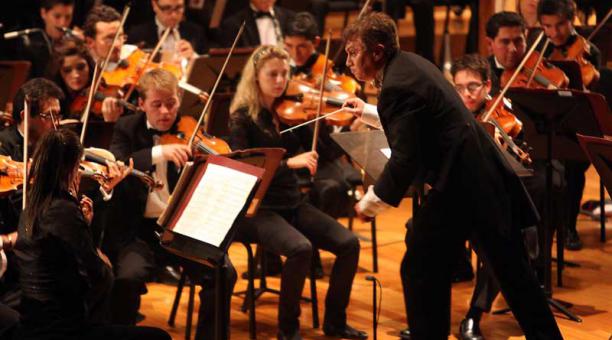 The international television network National Geographic and the Guayaquil Symphony Orchestra (OSG) announced the presence of the American composer Philip Glass in the festival ‘Galapagos, Music for the Planet’, which will take place from June 6 to 9, 2018 in Puerto Ayora , in the Galapagos Islands, and that unites music for cinema with symphonic airs.

Glass, one of the most renowned composers of contemporary academic music, a cultist of minimalism and author of music for films, will be in the audience when the Orchestra interprets the soundtrack he wrote for ‘Jane’, a National Geographic documentary.

The live performance will accompany the exhibition of the film. The documentary, directed by Oscar winner Brett Morgen, presents a journey through the story of researcher Jane Goodall, whose exploration of Tanzanian chimpanzees challenged the scientific consensus to revolutionize conventional research methods through the creation of a link emotional with the primates.

Dante Anzolini, artistic director of the Guayaquil Symphony, said the idea of the festival came when he visited Galápagos in 2017 after Philip Glass fulfilled an agenda of activities in the Main Port.

The objective is to encourage conscious tourism in “that paradise that is Galapagos”, a way to combine art and music with an ecological conviction, he said. “Among other things, we are going to accompany popular Galápagos musicians and we are going to play Ecuadorian music so that a typical ballet can dance with us,” Anzolini said.

The Symphony will disembark in the Enchanted Islands with more than 80 musicians. The repertoire that will take to the Islands includes classical music of the international repertoire and music of Ecuadorian composers.

The piece Pure Nature, for example, goes through airs like pop, techno and rap. “I want to put the sound of rap into the orchestra,” said the baton of the OSG. The Festival seeks to inspire and emphasize the importance of ecosystem conservation.

All events will be free and open to the public. The initiative has the support of National Geographic and FOX Networks Group. (I)