Nebot: No to the DP World monopoly 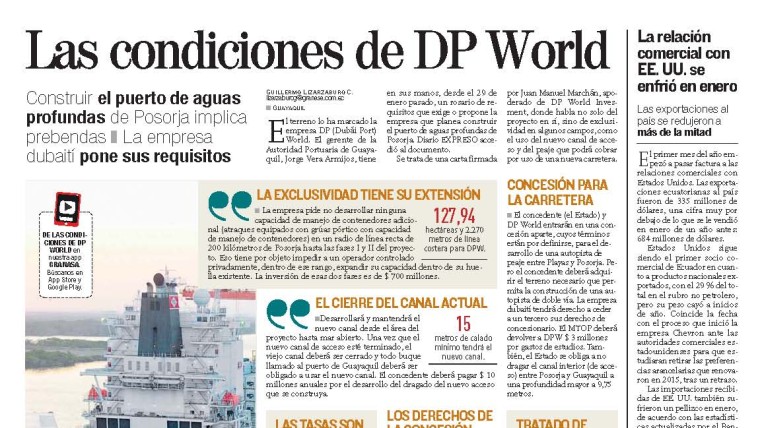 For Mayor Jaime Nebot, the construction of the deepwater port in Posorja is the “late, but happy” end of a long story. However, he is concerned that according to what he has heard and read, “the (interior) canal is not dredged, ie the ports that exist in Guayaquil, will practically fail due to access problems since the canal is filled up with silt and sand.”

“What are they really looking for? Let’s be clear: monopoly and that can not be allowed; any government or citizen can tolerate that, a true entrepreneur can not pretend that,” he said.

The mayor referred to the conditions demanded by DP World to the Government before signing an agreement to build the deepwater port of Posorja.

However, that request was not accepted, according to the response this newspaper obtained days after from the Ministry of Transport and Public Works. The company asks for some perks, including: the closure of the entrance canal (still under analysis), higher fees, the concession of a new highway and the signing of an investment protection treaty.