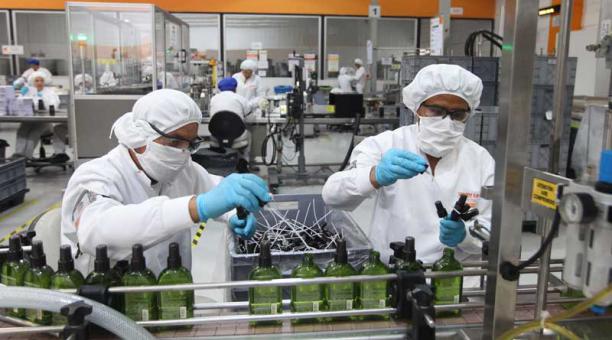 The implementation of the new customs tax will have an impact on the import and local production of catalog merchandise, such as fragrances, cosmetics and personal care items.

The cosmetic products association considered that this new tax value will affect  the flow of purchases of the companies.

“The fee is another obstacle to trade. It does not make any sense to be charged. They say it is to counteract contraband, but rather it encourages it. And this is already part of the functions of the National Customs Service of Ecuador, “said Christian Donoso, vice president of the Ecuadorian Association of Cosmetic Products of Hygiene and Absorbent Products (Procosmetics).

As it happens in other sectors, the control units that determine the value of the fee rate  in cosmetics and other products of the sector were modified in several occasions, during the previous week.

Initially, the impact for some items in the industry implied an additional 20% of the tariff that was already charged. With the last change made by the Senae to the new rate, the increase per unit of product will be less than 2%; in some, even below 1%

However, for the sector they mean additional costs that were not contemplated. Donoso mentions the example of a company that imports absorbent products, which will now have to spend an additional USD 60,000 per year for the collection of the fee.

According to data of the Association, more than 80% of the products of the industry are imported. But, the affectation is not only for the finished products. At least half of the companies have a percentage of local manufacturing, which requires the importation of source materials.

In the Yanbal multinational, specialized in beauty and cosmetics, 65% of its source material for local production is imported. The company produces in the country fragrances, shampoos, deodorants, among other items.

Julio Vivanco, Marketing Director of Yanbal, is confident that the source materials and supplies will be exempt from the collection of this fee, taking into account the Government’s intention to promote the change of productive matrix.

Vivanco explained that in the case of fragrances, to increase the cost of production there will also be an increase in the Tax on Special Consumption (ICE), which could cause an increase of 10% in the sale price of a product that, currently , averages USD 50. However, he clarified that they are evaluating the strategies to minimize the impact on the price

Of the imported products, Vivanco considered that jewelery and makeup could be the most affected, since in June the safeguards to these products were lifted.

Additionally, he stressed that for products of lower weight, such as a lipstick, a rate of USD 0, 10 per 1 000 grams will be a significant cost.

Yadira González is an independent communicator and seller of several brands by catalog, among them: Yanbal, L’Bel, Cyzone, Ésika. She commented that, for now, prices remain the same, but she fears that an increase in costs will affect her sales.

During this year, the seller has seen a decrease in sales. “Clients tell me they have no money or that the product is expensive, others have lost their jobs.”

A representative of the association explained that the demand is contracting, so that companies grow in units and resort to more promotions to minimize the impact. “Because of so many obstacles, the country has become expensive to manufacture and import. The consumer reacts and the demand decreases “. (I)