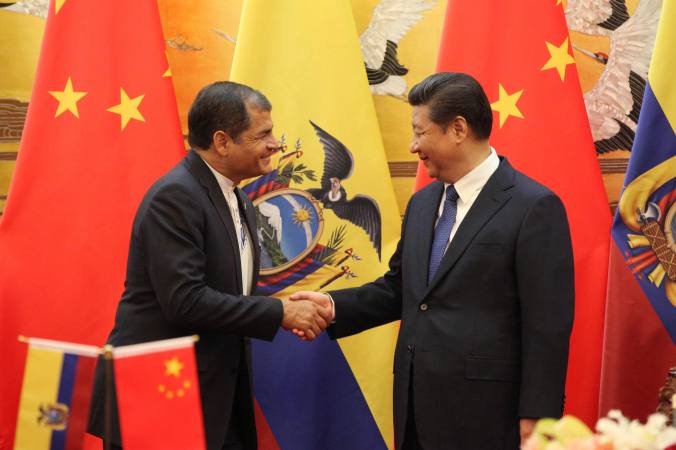 The new loan of $1000 million dollars that is being negotiated with China to finance the reconstruction of the places affected by the earthquake, gives various doubts.

According to Jose Hidalgo, Cordes`director, the income the government attained by credits and civic contributions thanks to the “Solidary Law” already beats the goal of $2253 million dollars.

For Hidalgo, the $1000 million dollars “have no reason to be” and shouldn`t be used as an excuse to obtain a bigger indebtedness”, he said.

Cordes also wonders if the new indebtedness means, then, that the government failed to calculate the real costs of the reconstruction and these were really superior to $4500 million dollars.

Jaime Carrera, from the Fiscal Politics Observatory, indicated that it is irresponsible that the country keeps borrowing money. He says that what should be done is adjust spendings.

He considered that because of the earthquake, Ecuador has already received a series of resources from both international credits and extra contribution from the citizens, thanks to the salarial contribution and the 2% increase of the value-added tax (IVA, in spanish). For Carrera, in this moments of electoral campaign, the idea of the loan appears to be a way to obtain more votes in the affected provinces.

Until March 16 of the present year, the Internal Rents Service (SRI, in spanish), reported that the civic contributions in salary, increase of the tax and other contributions such as the heritage, result in $1334 million dollars.