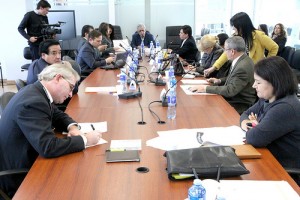 Reports of the Military Accidents Investigating Boards of the last three air mishaps and the monitoring to recommendations made by the General Comptroller of the State in 2013 would be some of the new elements that the Commission of Sovereignty and International Relations of the Assembly will have to investigate the acquisition of seven Dhruv helicopters to the Hindustan Aeronautics Limited (HAL) company in 2008. Of these aircraft, four suffered accidents between 2009 and this year.

In addition, the documentation that on last February 18 the Defense Minister, Fernando Cordero, ordered to declassify would be added; for example, pre-contractual and contractual purchase information; and the reports of the four crashed helicopters.