On August 11, Decision 878 Andean Migration Statute entered into force, a norm that regulates the community right of movement and establishes temporary and permanent residence for Andean citizens in Bolivia, Colombia, Ecuador and Peru. 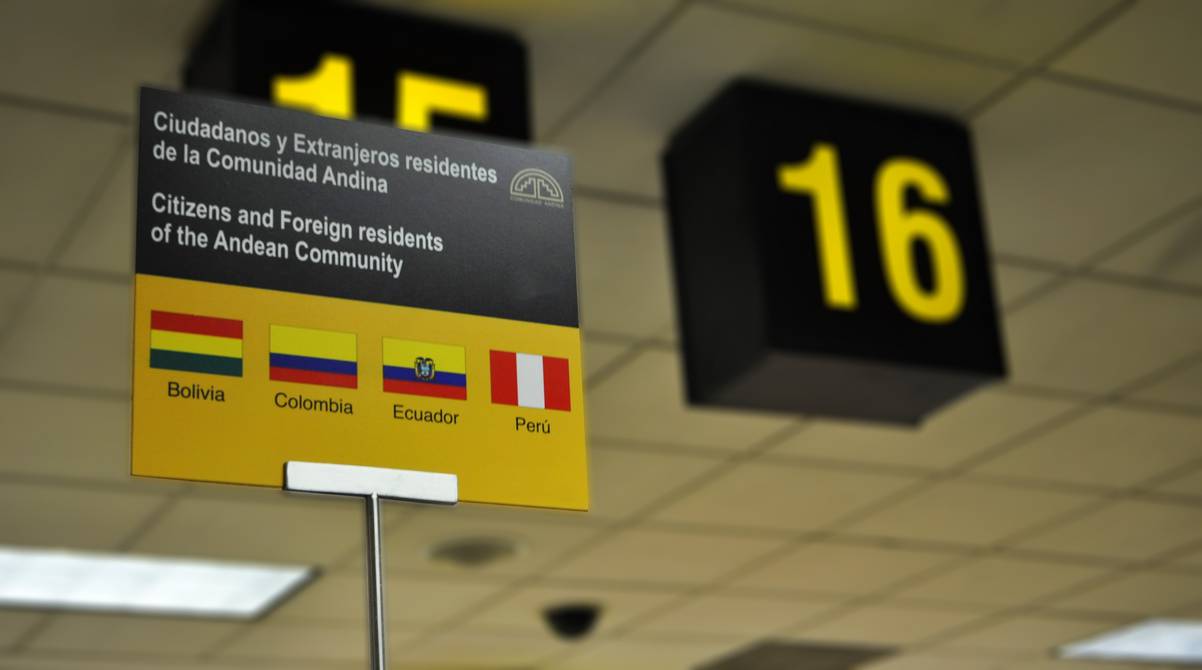 Decision 878 establishes free movement between CAN countries and the exchange of migration information that may include alerts and impediments.

This statute is supranational in nature and is mandatory for member countries, according to the Andean Community of Nations (CAN).

Jorge Hernando Pedraza, secretary general of the Andean Community, described this decision as historic, which determines that citizens may be admitted and enter any of the other member countries, as tourists, by simply presenting one of the national documents of Identification, valid and current and without the visa requirement.

The stay will be for a period of 90 days extendable for another 90 days without exceeding 180 continuous or discontinuous calendar days in the same year.

With the Andean temporary residence, CAN citizens are authorized to stay for up to two years in the territory of a member country other than their nationality, which may be managed at the consular headquarters of the place of destination or if the citizen is in the immigration territory must process it before the competent immigration authority.

For this option, the requirements are a valid travel document with a minimum validity of six months with which you will enter or enter the immigration territory; Current certificate that proves the lack of police, judicial or criminal records in the country of your nationality or the country of receipt; payment of the remuneration rate for services, as provided by the respective internal laws and a written statement of the purpose of establishing their temporary residence in the host country.

Meanwhile, the Andean permanent residence will authorize citizens to remain indefinitely in the territory of a member country other than that of their nationality, for which they must submit their application to the competent authority of the place of immigration, within the previous ninety days. upon expiration of the Andean temporary residence.

In this case, the requirements to apply are the travel document indicated in Resolution of the General Secretariat of CAN 1559; certificate proving the lack of police and judicial or criminal records in the receiving country; accreditation of legal means of life that allow the subsistence of the petitioning Andean national and the members of his family group in the country of receipt and payment of the remuneration rate for services, as provided by the respective internal laws.

Those who obtain both temporary and permanent residence may enter, leave, circulate and remain freely in the immigration territory, prior to completing the formalities that the Member State considers.

They will also be able to access any activity, both for their own account and for someone else, under the same conditions as nationals of the receiving countries, in accordance with the legal regulations of each state.

Decision 878 also establishes the exchange of migratory information that may include migratory flows, alerts and impediments that weigh on residents of the CAN, as well as those that are required by the competent judicial authority. (I)

Ecuadorian ambassador denounced that “millionaire payments” were made from the Ecuadorian embassy to companies related to the leftist Podemos.