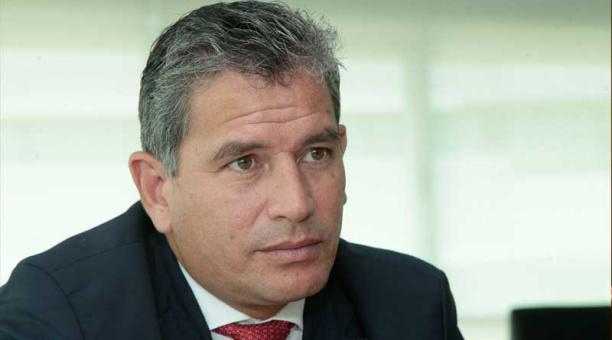 Javier Moreira Calderón was elected as the new president of the Maritime Chamber of Ecuador (Camae) this Thursday, December 7, 2017. Moreira is linked to the shipping business as manager of CMA CGM in Ecuador. And he headed the only list authorized for the electoral process of the union. He was elected for a period of two years along with Sergio Murillo Bustamante, vice president; Volker Meinlschmidt Went and Fernando Donoso Paz and Miño, as members, among other directors.

Moreira told this newspaper that in its new management the Camae will continue working and pressing for the dredging of the access channel to the seaport, since the lack of depth is a concern for the sector. Currently the channel has a draft of 9.5 meters and plans are that the dredging reaches a depth of 12.5 meters. This process is in charge of the Municipality of Guayaquil.

He pointed out that shipping companies are increasingly concerned about the channel, since in some areas the exact depth is not known because the barimetry does not agree with reality. There are ships that start to hit bottom, even though they sail with the drafts they touch sediments and this scares the captains and forces them to make other decisions about the cargo they must carry. “Every centimeter less that represents in draft, for the shipping lines means one less container that is shipped for Ecuadorian foreign trade. We need to increase the draft and we will press for it, “he added.

One of the main proposals of Moreira is to strengthen the Camae through a general consensus of its 68 affiliates, among which are shippers, shipping agents, private port terminals, logistics companies, stowage, transportation, among others. “That it be more inclusive with its different segments, we must technify the Chamber to deliver a better service and also to become a reference source,” he said. In addition, the intention is to participate actively in the meetings and work tables where measures and regulations related to the maritime-shipping sector are taken, as in the case of dredging.

Moreira believes that the construction of new ports will generate more competition in the country and will allow other sectors to develop that until now have depended exclusively on Guayaquil. He believes that this competition must be based on the same rules that the Ecuadorian State must regulate for all actors.

The president of Camae agrees that Guayaquil’s private port terminals must be regulated by the State because they are operating in Ecuador, and as such they must meet the same requirements as all of them. But he considers that there are differences between a private and a public, which is exploiting a state infrastructure, while the private ones have bought the land and made investments. There are differences and they have to be harmonized. “What cannot be said is that the same is paid for a land, one belongs to the private and the other belongs to the State.”

José Antonio Contreras, manager of Contecon concessionaire of the multipurpose port of Guayaquil, had told this newspaper that private terminals must be regulated and pay a variable fee so that competition between ports is on equal terms. Moreira maintains that this is a very particular opinion of Contecon and understands that private terminals have a contrary position because the land belongs to private and the concession to the State and the canon was fixed according to the contract signed with the company of Filipino origin ten years ago. years. He recalled that the concession of the service with Contecon negotiated at the time and the State should be the most just. “Basically, it’s competition and quality,” he said. (I)