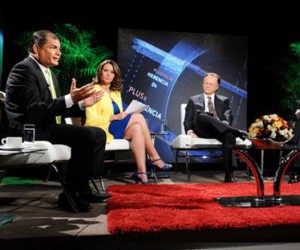 President Rafael Correa sent yesterday to the Assembly a new project for the Law of Territorial Planning, Land Use and Management, which taxes with a 75% rate “windfall profits” related to capital gains of goods and land, as long as these exceed $ 8,496.

According to the draft, the ordinary gain shall be first calculated, which would be the acquisition value (value deed, improvements, costs, etc.) and add it to the setting value, which is the equivalent of what the paid value would have been earned if this item would have been deposited in the bank.

This value must be subtracted from the value of the sale of the property. The difference is what is called extraordinary gain. If this is greater than $ 8,496, the excess would pay a 75% tax.