Petrolia, a subsidiary of New Stratus Energy, says that the controversy was filed because the State has not given way to the renegotiation of the contract for blocks 16 and 67. 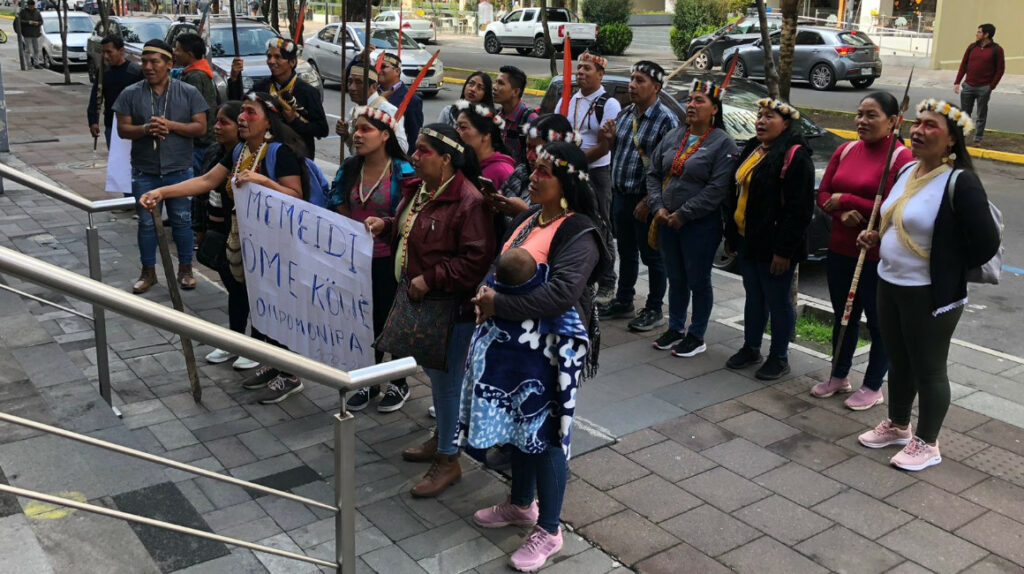 A group of Waorani protest outside the Ministry of Energy, in Quito, to demand the renegotiation of the contract in blocks 16 and 67, operated by Petrolia, a subsidiary of New Stratus Energy.

Petrolia, a subsidiary in Ecuador of the Canadian oil company New Stratus Energy (NSE), presented to the Ministry of Energy and Mines, the notification of controversy and the start of direct negotiations for its contracts in oil blocks 16 and 67.

The notification was submitted by the company on November 25, 2022 and the controversy arises, according to Petrolia, due to a series of contractual breaches by the Ecuadorian State.

Among the alleged breaches cited by the company are:

Failure to pay the amounts owed based on the application of the correction factor, established in the Modifying Contracts.

Abrupt and arbitrary interruption of the renegotiation of the contracts to extend the expiration period and to change the current contract, which is for specific services, for a participation contract.

The current contracts that Petrolia has expire on December 31, 2022, the company seeks an extension of them for 15 or 20 more years.

Petrolia adds that the breaches of the Ecuadorian State violate the legitimate rights and guarantees of the company, and the breach of legal security .

The foregoing, according to the company, “has caused serious damage to blocks 16 and 67, to Petrolia Ecuador and its shareholders.”

The notification is part of the negotiation phase with the State to avoid international arbitration.

The origin of the controversy

The dispute with Petrolia began when the company bought 35% of the shares that the oil company Repsol had in those blocks, of which it was the operator.

The transfer of shares took place in Spain , in October 2021. The Ministry of Energy alleges that Petrolia did not request permission to acquire those shares.

This permit had to be given by Ecuador, through a ministerial agreement , according to the Vice Minister of Hydrocarbons, Rubén Espín.

For its part, Petrolia alleges that as it was an international share sale agreement, the ministry’s permission was not necessary .