A new species of finch was found and identified by a team from several countries in the cloud forests of the El Oro and Loja provinces, in southern Ecuador, the National Biodiversity Institute (Inabio) reported on Monday. 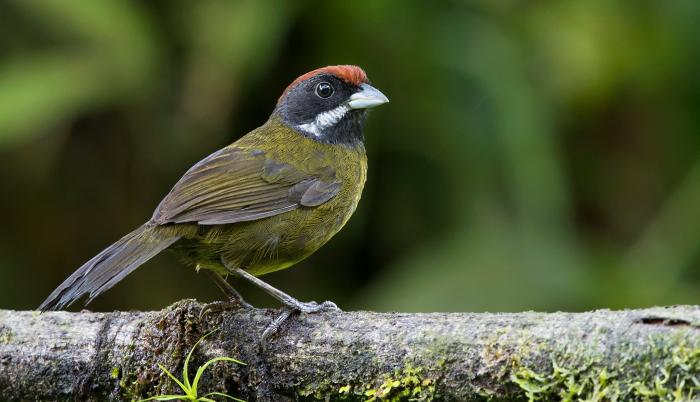 Its scientific name is xanthothorax, which is Greek for “yellow breast”.

Its scientific name is xanthothorax , which in Greek means “yellow chest”, and describes the main characteristic of this new subspecies that is distributed mainly in the cloudy mountains south of the Jubones River, in the province of El Oro, and adjacent areas with the same habitat in the province of Loja.

The researchers also explained that it belongs to the group of Chlorospingos Cenizos, endemic birds of the Chocó Andino region, a highly biodiverse region that Ecuador shares with Colombia.

The ornithologists worked for five years to “understand what was happening evolutionarily with these birds” and were able to determine that between southern province of Chimborazo and north of the Cañar River, in central Ecuador, there is a “stable hybrid population” with characteristics similar to those of the newly identified finches.

The statement details that the description of both groups of birds, led to believe that they were part of the so-called Common Chlorospingo , present in the Amazon of Colombia, Ecuador and Peru.

But, through genetic, distribution and song analysis they came to the conclusion that although the birds share genetic similarities, their plumage, song and eye color differ.

For experts, the forests of southwestern Ecuador are important to understand the kinship or relationship between the different species as well as their geographical distribution.

They are also especially relevant for the study of the adaptations of endemic and globally endangered birds that only inhabit western Ecuador.