New Terminal via Daule will open in July 2015

The current mayor of Guayaquil, Jaime Nebot, reported yesterday that in July this year the construction of the new satellite ground terminal of Guayaquil will begin, at km 14.5 of the Daule road, so that in July 2015, it will start serve travelers going to Duale, Nobol and other counties and provinces.

The announcement was made during the presentation of studies and final design of the also called North Ground Terminal Daule-Pascuales, carried out by Consultant Vera & Associates.

Nebot authorized the foundation Terminal Terrestre to start the hiring process, through a public competition, of the company that built the new inter-cantonal and inter-provincial bus station. That process should be ready by next June.

Eduardo Salgado, CEO of the Foundation, reiterated that this is a transit terminal that will receive the buses leaving the bus terminal matrix Jaime Roldós Aguilera, located on Benjamin Rosales avenue. 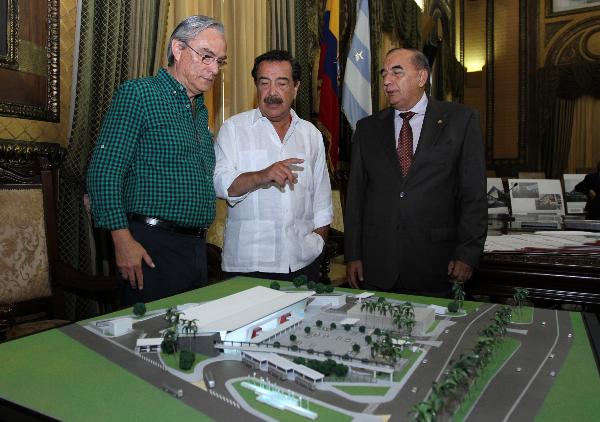 Eduardo Salgado (left) and Jaime Nebot (mid) are talking about the scale model of the termina.