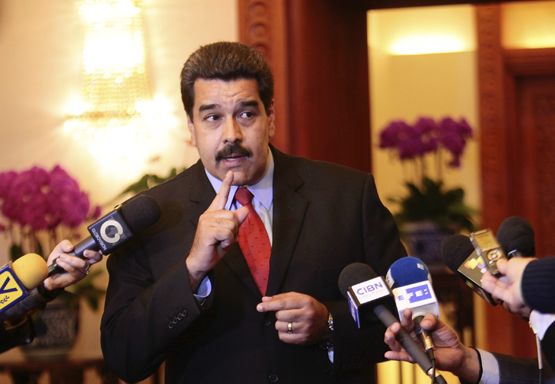 Venezuelan President Nicolas Maduro reiterated on Wednesday that Venezuela is not “a broken country” after his meeting in Beijing with his Chinese counterpart Xi Jinping.

“Sometimes there is a whole international conspiracy to try to appear in the world to Venezuela as a broken country. Venezuela has an economic power, productive people, with the highest oil reserves in the world,” said the president after the meeting to several media.

Maduro said his government is able to “get the financing” that his country needs to “ensure the functioning” of the economy.

Currently Venezuela is in recession, with annual inflation of 64 points in 2014 and a shortage of about one third of the staple products.

Maduro is on tour in China since Tuesday, wherein according to analysts he expect to get more financial support at the big drop in oil prices, the source of 96% of foreign exchange into the country.

China is a strategic ally of Venezuela, and in recent years, granted to 42,000 million in long-term loans, and 24,000 according to official data have already been canceled.