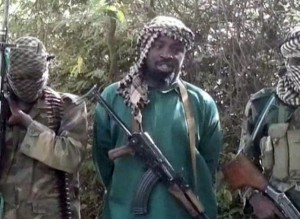 Nigeria had planned for today an international meeting on security and the fight against the armed Islamist group Boko Haram, which threatens to seize the Northeast, after a campaign of intense attacks last week.

Foreign ministers of Benin, Cameroon, Chad and Niger and representatives of USA, UK, France and Canada, as well as the African Union and the UN will participate in the event.

The purpose of the meeting will be “reviewing the implementation of measures decided in (previous) meetings”  in Paris and London as well as in the African summit last month in the United States, said the Nigerian Ministry of Foreign Affairs.

“The scope of external assistance, including efforts by the Nigerian government in the ongoing struggle for (…) defeating the insurgency of Boko Haram” will also be addressed, said the Foreign Ministry in a statement.

Yesterday, Boko Haram seized the strategic town of Bama, in northeastern Nigeria, according to the testimony of the inhabitants, after more than 24 hours of fierce fighting.