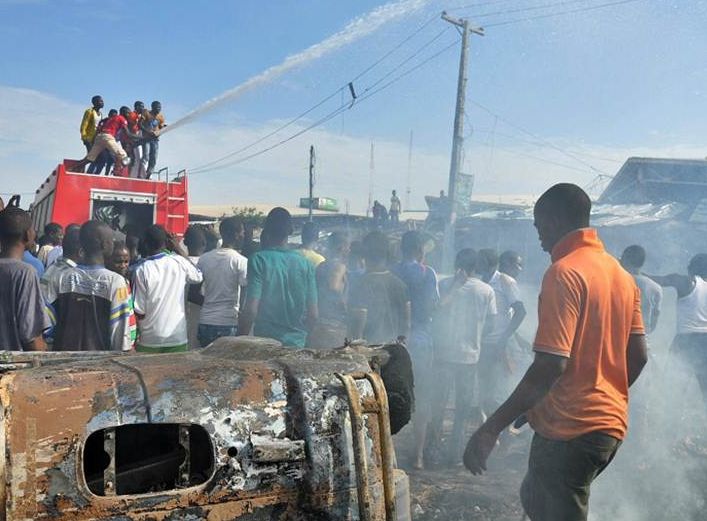 At least 45 people were killed and dozens wounded in a double suicide bombing on Tuesday in a popular market in the Nigerian city of Maiduguri, confirmed sources of the security forces.

The attack was committed by two women who sacrificed themselves simultaneously when walking around the enclosure, according to what several witnesses told reporters.

The first explosion, which occurred around 11.00 local time (10.00 GMT), reached several people, and the second explosion took place shortly after, when people ran to where the first bomb exploded to help the wounded, said witnesses.

A rescuer said he counted more than “45 people dead, some totally decapitated,” by the Maiduguri explosions. This figure was corroborated by the report of another witness.

So far no one has claimed the responsibility for the double suicide bombing, but authorities attributed it to Boko Haram, because in recent months they have carried out similar acts in northeastern Nigeria.