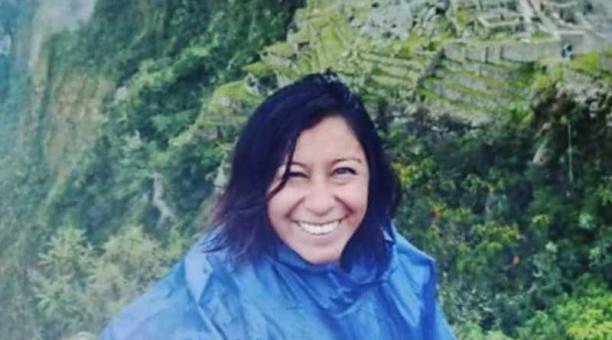 The Second Criminal Chamber of Cuzco ordered on Monday, January 22, 2018, nine months of preventive detention against two men suspected of the alleged homicide of the Ecuadorian tourist Nathaly Salazar, resident in Spain, occurred while practicing in the zip line (tarabita) to the last January 2 in the outskirts of Cuzco The ward accepted the request of the Provincial Criminal Prosecutor of Urubamba for preventive detention against Jainor Huillca Huaman, aged 19, and Luzgardo Pillco Amau, aged 21, implicated in the disappearance of Salazar, a 28-year-old tourist born in Spain and of Ecuadorian origin.

The Prosecutor’s Office investigates both men for culpable homicide, real cover-up, omission of complaint and aggravated robbery. Previously, the Public Ministry had requested the extension of the initial detention against Huillca and Pillco from 3 to 7 days to a court in Urubamba to clarify the circumstances for which they stated that Salazar was injured while practicing a local activity, her presumed death and abandonment of the body in the Vilcanota river.

The prosecution assures that the suspects contradict themselves by recalling the circumstances surrounding the transfer of the body and its placement in the river to exempt themselves from their responsibility.

According to the records of the security cameras, Nathaly Salazar, who was touring several countries in South America, left her hotel on January 2 with the intention of visiting the archaeological remains of Maras and Moray, in the sacred valley of the Urubamba, but he did not return to his lodging since then.

In the area of Maras allegedly both suspects took Salazar to slide by an aerial cable and to observe the valley from the air. On the other hand, the Police of the Rescue Division maintains the tourist search for an area that includes the sector of Tankaq Ollantaytambo, where it is presumed that they threw it into the river, until the district of Machu Picchu and La Convención with the support of two helicopters. (I)

More Venezuelans arrive in Ecuador by the rumichaca bridge

Francisco Carrión Mena: ‘i’m going with the mission to open doors with the United States’