No Survivors in New Zealand Mine 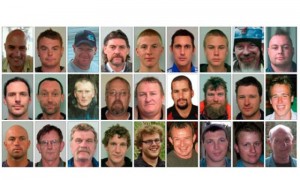 New Zealand is living a “national tragedy” today since it is considered that all 29 men missing in a coal mine since Friday are believed to be dead after a second explosion.

Supt Knowles, chief of the rescue operation, said there had been another explosion on Wednesday inside the mine. “It is our belief that no-one has survived,” he told reporters.

Rescuers had been preparing to go into the mine on Wednesday, but information suggested the levels of methane gas were too high.

Rescuers never made contact with the 24 New Zealanders, two Australians, two Britons and a South African. The chief executive of Pike River Coal, Peter Whittall, said it would make every effort to retrieve the bodies of the men.

New Zealand Prime Minister, John Key, praised all those involved in the rescue attempt, and said there would now be a full inquiry into how the tragedy had happened, with the aim of making sure it was not repeated.