Noboa Trading, the one with the highest increase in banana sales this year

Of the three main firms that move the most volume of fruit, Noboa was the only one to achieve a 53% increase in its exports. This, while Ubesa fell 26.56% and Reybanpac, 19.05%. 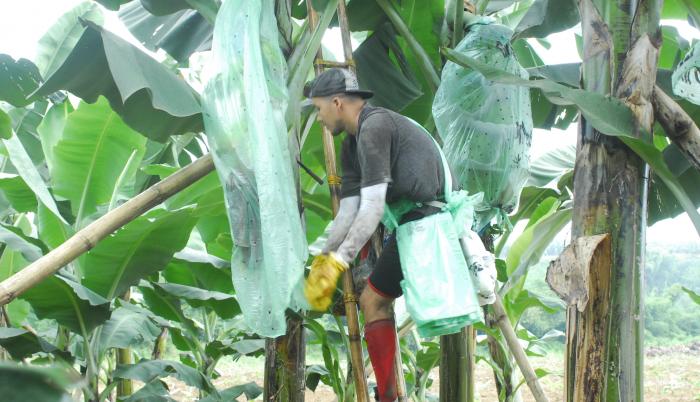 The Union of Ecuadorian Banana Growers (Ubesa), which markets the Dole brand, will end the year consolidated as the largest banana exporter in Ecuador. Until November of this year, it has managed to export 24,589,726 boxes, which meant a participation of 8.07% of the total supply. Next on the list is Reybanpac S.A. (Favorita) with 20,201,705 boxes and Noboa Trading (Bonita) with 15,143,992.

However, this first place for Ubesa does not make it the company with the best results. According to the latest report from the Banana Marketing and Export Association (Acorbanec), in this 2022, of the three main firms that move the most volume of fruit, Noboa Trading was the only one to achieve an increase in its sales after these went from 9,897,211 to 15,143,992, 53.01% more than contrasts with the fall of 26.56% that Ubesa had and 19.05% of Reybanpac, in the same study period (January to November).

The growth of the firm, whose owner is the businessman Álvaro Noboa, occurs in a context of losses for the national industry, marked by problems of low production.

According to Acorbanec, banana exports from Ecuador accumulated from January to November 2022, stood at 304.68 million boxes, -11.78% less than what was exported in the same period of 2021.

Due to lack of fertilization and climatic factors, “in Ecuador there is less fruit compared to the last 3 years, the sheaths to be harvested for the next 12 weeks maintain the marked trend of production falls, and it is estimated that it will continue for the rest of this year and will affect the fruit inventory at the beginning of the year 2023”, details the study. Currently, in week # 47, the sheaths have a drop of 10.04% compared to the 2021 sheaths, it is added.

Commercial dynamism between Ecuador and Russia is in decline due to that country’s conflict with Ukraine, bananas are one of the main export products affected