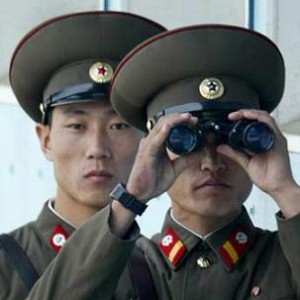 Today North Korea warned that they are preparing themselves for a “holy war” against South Korea, this was announced shortly after Seul finished a new series of military exercises.

The ministry of North Korea of the Armed Forces, Kim Yong-chun reiterated today that Pyongyang is ready for war against South Korea and will use their nuclear armament.

The official was quoted by the official North Korean news agency KCNA, were they said that South Korea is preparing itself for war after the recent military exercises.

Lee Myung-bak, the South Korean president informed that the military exercises of the Seul army are for a ruthless counter attack against North Korea in case there is any hostility from the North.

“We believe that patience had ensured peace on these lands, but things are not like that,” was the statement of President Lee.

Relations between the Koreas deteriorated after the attacks of November 23 when the artillery of Pyongyang opened fire against the South Korean island of Yeonpyeong, event that caused the dead of two soldiers and two civilians.

From that day South Korea performed four rounds of military exercises, one of them was made along American troops.

The South Korea president acknowledged that only through decisive actions against their neighbour would make him understand to desist on any future hostilities.